Between You and Me by Jennifer Grace and GIVEAWAY 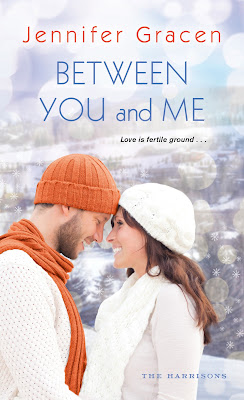 Synopsis:
As the only daughter of the wealthy Harrison clan, Tess Harrison has everything—except the baby she longs for. With no husband in sight, she escapes to her family’s retreat in Aspen, Colorado, visions of sperm donors dancing in her head. Instead, she finds Logan Carter. When the ruggedly handsome manager of the Harrison ski house offers to be her baby daddy in exchange for her playing his girlfriend, Tess is breathless to begin the charade. After all, the brokenhearted heiress knows better than to fall in love . . .

She would be Logan’s dream girl, if his dark past had left him with any dreams. Now the brooding bachelor’s only hope is to satisfy his mother’s dying wish to see him happily paired off—and give lovely Tess the baby she longs for. But when he and Tess opt to make a baby the old- fashioned way, he’s fighting hard against the longing to hold on to the elusive Harrison beauty forever . . .

Between You and Me is my first Harrison Family book.     I am now in a must-read state of mind about the rest of the series.     I cannot wait to go back and read the others and learn more about their family and relationships.

I was not sure what I was going to find within the story when it starts explaining that Tess is the only daughter in an extremely wealthy family.   Would I be able to relate to her?   Would her lifestyle be so far out of my realm of life that I wouldn’t be able to understand her?   While her lifestyle was not quite the same as mine (I’d never be able to take months off and go hang out in the family home in Colorado) I was easily able to relate to Tess.    She was real, with feelings, with expectations, and with a family that loved her completely.   I liked that she knew what she wanted and was determined to make it happen.     No one was going to stand in her way and she never wavered from her chosen path.

The family dynamic was great.   I liked that she had brothers who protected her and questioned what Logan’s intentions were.    They didn’t just lie back and let her change her life without calling her out on it and making sure she was doing what was best for her.    They didn’t give her grief when she finally explained what she was doing and gave her support 100%.   I love these big brothers.    Now her parents, they left so much to be desired.   It always amazes me how someone who has such bad role model parents can turn out to be so amazing a person.   By doing this Tess proves how wonderful and strong she truly is.

Between You and Me was wonderful.    There is so much love and respect within the story.   Add to that some hot steamy love and this is the perfect story.     I’d recommend picking up your own copy asap. 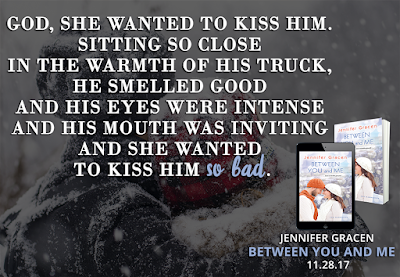 An excerpt from BETWEEN YOU AND ME
Copyright © Jennifer Gracen 2017

By the time Logan pulled up in front of Tess’s house, she was warm, full, tired, and happy. “I had a great time today.”

“I did too,” he said with a smile. “Thanks again for inviting me.”

“Any chance you’d like to do it again sometime soon?”she asked. “You’re a worthy ski partner, and I had fun with you.”

His eyes held hers as he said, “Okay. I’ll do that. You’re on. Got yourself a ski buddy.”

God, she wanted to kiss him. Sitting so close in the warmth of his truck, he smelled good and his eyes were intense and his mouth was inviting and she wanted to kiss him so bad. But this new friendship—all the things they’d revealed to each other that day—she didn’t want to cross any lines or mess it up. For now, she’d hold back.

But still couldn’t resist flirting a little bit. “So,” she said boldly. “Are you coming in to soak in my tub or what? The offer stands.”

His gaze turned hot, a full-out smolder that made her belly do a wobbly flip. “The offer is more tempting than you know.” His voice had dropped low and dead sexy, making her shiver. “But I think I’d better head home for tonight.”

They stared at each other for a moment, pure electricity crackling between them. She could feel her blood in her veins, racing now, hot and needing, as his eyes lowered to her mouth for a few seconds before lifting to meet her gaze again. “You sure?” she asked. Her heart thumped in heavy beats. 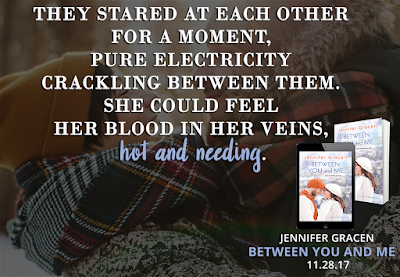 “Only so much temptation a man can take,” he murmured. “And you’re testing my limits as it is, Tess. You have to know that.”

She leaned in, her face so close to his that she could feel his hot breath feather against her lips.

“Tess.” He whispered it as a protest, but his eyes gave him away. He wanted her too, she could see it all over his face.

She closed the distance between them, pressing her mouth to his. It was a brush of her lips against his, just the slightest touch. But his hand lifted to cup the back of her neck and hold her there. He took control of the kiss, gently but surely, slanting his mouth over hers to take more of what he wanted. Her mouth opened with a little sigh as their tongues met and swirled slowly. As they leaned into each other, his fingers threaded through her hair and his other hand came up, cradling her head in his hands as his mouth consumed hers.

Her senses reeled. His full beard tickled her face, surprisingly soft against her skin. The feel of his mouth on hers, his hands in her hair, his big, warm body so close . . .her head swam with it all. He deepened the kiss and groaned softly into her mouth, and she was lost. She surrendered willingly, kissing him back with the same slow, sensual pace he’d set, her fingers clutched in his ski jacket. She could have kissed him for days.

He broke away slowly, leaning his forehead against hers, eyes still closed. “Jesus,” he whispered. When his eyes opened to focus on her, they were heavy lidded with lust. “You . . . you better go inside now.”

Still catching her breath, she touched his cheek. “You sure you don’t want to come in?”

She pulled back, trying to hide her disappointment. “Okay.”

“Tess . . .” He stared at her, his mouth opening and closing as he fought with what he wanted to say. “You’re an amazing woman. I like that we’re . . . kind of friends now. Let’s try to stick with that for now, okay?”

The disappointment sharpened in her gut, but she pasted on a smile. “Fine.”

“Ah crap. No, no, don’t say fine,” Logan demanded gently. “When a woman says fine, it’s never fine. Even a loner lumberjack like me knows that.”

She couldn’t help but giggle.

“Tess, you’re the most beautiful woman I’ve ever seen,” he said earnestly. “Don’t think for a second that I wouldn’t love to go inside with you right now, because I would. But you have an agenda, you’re gearing up to go through some medical . . . stuff . . . and I don’t want to get in the way of that.”

“You have big plans,” he murmured, trailing the backs of his fingers along her cheek, eyes locked with hers. “I’d be a distraction. You said it yourself, you don’t want any distractions right now.” His gaze turned wicked and hot as he added, “I promise you, it’d be a fantastic distraction. A sexy, fun, passionate distraction . . . but this friendship we’ve started? Means more.” 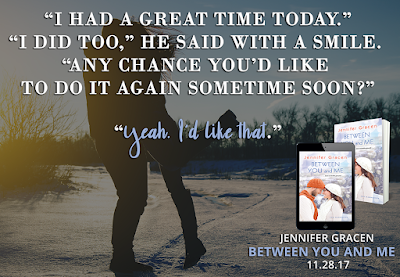 “We’re attracted to each other,” she said flatly.

“Can’t deny that.” He touched his mouth to hers again, a light brush of his lips, and her whole body shuddered. “But I shouldn’t go inside with you. Not tonight.”

Her nerves jangled, every nerve ending alight and aware of him. Her heart beat hard and fast as she nuzzled into his palm, stared right into his eyes, and whispered, “If you insist.”

“I do,” he said, not breaking their gaze. “C’mon, you know I’m right. Last thing you need right now is us starting something up like this. Didn’t you tell me your first doctor
appointment is tomorrow?”

She didn’t like it, and wasn’t sure she fully agreed with it, but had to admit she’d thought along those lines herself before his kisses had turned her brain to mush and her insides to jelly. With a heavy sigh, she nodded and pulled back from him. “Pretty early, in fact. I should go inside and get into bed.”

Logan growled, his head falling back against the leather seat. “Had to put an image like that in my head right before you leave. You, climbing into bed . . . not nice, Tess. Not nice.” 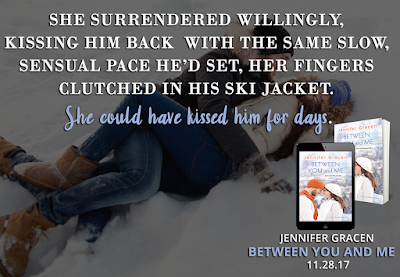 She laughed lightly, and he grinned back at her. Their eyes held for a long beat and she took a slow, deep breath, exhaling it before she said, “Good night, Logan. Thanks again for a great day.”

“Back at you,” he said. “Good night, Tess. Sleep well. Good luck tomorrow.”

With a sweet smile, she climbed out of his truck and into the cold night. 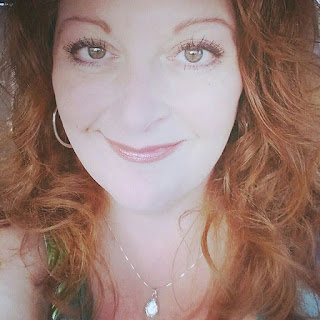 Jennifer Gracen hails from Long Island, New York, where she lives with her two sons. After spending her youth writing in private and singing in public, she now only sings in her car and is immersed in her passion for writing. She loves to write contemporary romance for readers who look for authentic characters and satisfying endings. When she isn’t with her kids, doing freelance proofreading, or chatting on Twitter and Facebook, Jennifer writes. She’s already hard at work on her next book.