Book Review for A Letter in the Wall by Eileen Brill

A Letter in the Wall by Eileen Brill

Publication: May 24th 2022 by SparkPress 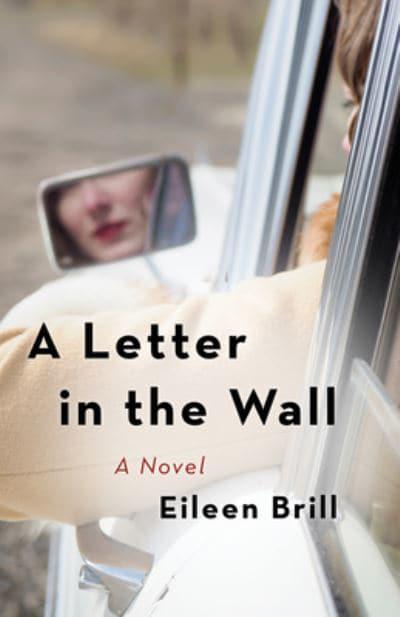 Taken from Goodreads:  It’s 1971, and Joan Dumann fears her former business partner wants her dead—but her anxiety is less about dying than it is about feeling disrespected and invalidated. As she constructs a letter about her predicament, she revisits her past.

Born into a prominent Philadelphia Quaker family in 1915 and raised with privilege and opportunity, Joan wrestles with her turbulent thoughts and unfulfilled desires—an internal battle that often results in self-destructive tendencies. When she attempts to push against the norms for women of her time in order to forge her own identity, she is met with resistance. Yet she might also be her own worst enemy, often alienating those who care deeply for her. Both manipulative and vulnerable, naive and conniving, Joan is, like many people, complex and misunderstood.

Inspired by a letter written by the real Joan, found hidden in the wall of a Pennsylvania home more than half a century later, this story is a fictionalized imagining of who she was and what motivated her. Moving through several decades and events—from the 1918 influenza pandemic to Prohibition to the Great Depression to Vietnam—A Letter in the Wall examines the internal and external factors that influence one woman’s journey toward independence and empowerment.

My Thoughts:  I was intrigued at the idea that this book would span such a large timeframe.   I wanted to learn about the history that Joan lives through and learn what life was like during all that time.  The book did not share as much history as I would have liked but I was in awe of the strength that Joan showed in having to keep moving forward for the good of her family.    She has hiccup after hiccup in her life.  It seems that just as life starts going her way something would happen to throw her off and she would have to find her way back to the path of happiness.   I enjoyed that she never gave up, she worked hard, she kept her kids as a priority, and did what she had to.

Joan was not a likable character, but she was a character that I was hoping the best for.   From a young age she always felt like she lacked something, that she was always in the shadows of someone else, and I feel like she never got over that.  She was always looking for the next best thing, the next thing to make her be someone, and that always led her to trouble.   She was a schemer, and those schemes did not work the way that she hoped.

I love that it was based on a real letter found in the wall of a house.  The events that happen in this story were what Joan lived through.

**Thank you Ann-Marie at GetRedPR for a copy of the book in exchange for my honest review. 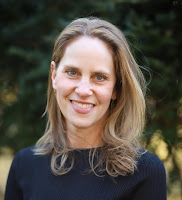 Meet Eileen Grace Brill (Taken from her website):  Eileen Grace Brill is a painter, writer, and Sign Language Interpreter who grew up outside of Philadelphia and graduated from Carnegie Mellon with a B.S. in Economics. She has written professionally for the restaurant, hotel, and commercial real estate industries. A Letter in the Wall is her first novel, though she has been a writer all her life, beginning at age four when she wrote a poem (filled with spelling errors!) for her babysitter. Eileen’s short story “Christmas Angel” appeared in the international literary magazine Beyond Words in 2021. She and her husband Eli raised their sons in her hometown of Elkins Park, Pennsylvania, where they still live, along with their two adopted mutts, Athena and Gaia.