The Mad Girls of New York by Maya Rodale 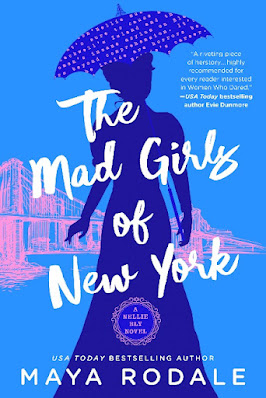 About THE MAD GIRLS OF NEW YORK

The year is 1887, and Nellie Bly is a young woman with a dream: to write for one of New York’s most respected newspapers. The editors on Newspaper Row are convinced that women are too emotional and delicate to report on the harshness of the city’s scandals—and Bly is on a mission to prove them wrong.

But how does a woman pave a path for herself in such a cut-throat and male-dominated industry? Nellie’s solution: by playing a part that only a woman can. Her pitch: she’ll go undercover as an admitted patient at Blackwell’s Island Insane Asylum for Women, a facility that has long been rumored to be a deplorable ruin where New York’s unwanted women are locked away and forgotten. Journalists are turned away at its doors. So it’s up to a female reporter who can play the part of a mad woman to expose the truth—and Nellie is just the woman to do it.

The New York World agrees to put Nellie’s acumen to the test. Nellie will have herself admitted, experience the horrors of Blackwell’s first-hand, and her editor will check her out of the facility in one week. But once inside, can she make it out and publish her findings before a (very attractive) rival journalist scoops her story?

My Thoughts:  What did I read?  How can a place like Blackwell’s Island Insane Asylum for Women even exist?   I cannot believe that Nellie decides to a career for herself as a reporter by going into a place that is known for the horrors within the walls.  I was amazed at Nellie’s strength, her strong will, and her belief in doing what was right for the patients of the asylum.   The things she saw, the people she met, and the treatment she endured brought out her strength to do what she had to just to start her career in New York.

As I read the Author’s Note, I was amazed at how much truth was in the story.   The asylum existed and what happen there is true.  Nellie is a real person who did go into the asylum to get her story.   Nellie came out of the asylum and decided that she had to do something to change the way the patients were treated.  There is so much history and fact in this fiction book, Maya Rodale did so much research just to get the facts correct and share the truth.

There is a subplot woven with the book, the story of Jay Wallace and Louisa Newbold’s marriage.  I enjoyed this part of the story but was interested to see how it would be woven into the story.  As it all came together, I loved it even more.  I never saw it coming and enjoyed the surprise of the twist.

The Mad Girls of New York is a unique historical story.   I enjoyed it from the first page until the very last.  The strong female characters were refreshing and real.   The portrayal of the men were true to the time.  The storyline was interesting and refreshingly different than other historical fiction books I have read. 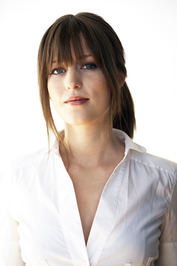 Meet Maya Rodale (Taken from her website):  Maya Rodale is the best-selling and award-winning author of funny, feminist fiction including historical romance, YA and historical fiction. A champion of the romance genre and its readers, she is also the author of Dangerous Books For Girls: The Bad Reputation of Romance Novels, Explained. Maya has reviewed romance for NPR Books and has appeared in Bustle, Glamour, Shondaland, Buzzfeed, The Huffington Post and PBS. She began reading romance novels in college at her mother’s insistence and has never been allowed to forget it.
Posted by A Soccer Mom's Book Blog at 6:00 AM