The Last Dance of the Debutante by Julia Kelly 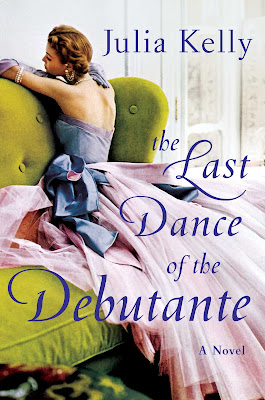 From Goodreads:  The author of the “sweeping, stirring, and heartrending” (Kristin Harmel, author of The Room on Rue Amélie) The Light Over London returns with a masterful, glittering novel that whisks you to midcentury Britain as it follows three of the last debutantes to be presented to Queen Elizabeth II.

When it’s announced that 1958 will be the last year debutantes are to be presented at court, thousands of eager mothers and hopeful daughters flood the palace with letters seeking the year’s most coveted invitation: a chance for their daughters to curtsey to the young Queen Elizabeth and officially come out into society.

In an effort to appease her traditional mother, aspiring university student Lily Nichols agrees to become a debutante and do the Season, a glittering and grueling string of countless balls and cocktail parties. In doing so, she befriends two very different women: the cool and aloof Leana Hartford whose apparent perfection hides a darker side and the ambitious Katherine Norman who dreams of a career once she helps her parents find their place among the elite.

But the glorious effervescence of the Season evaporates once Lily learns a devastating secret that threatens to destroy her entire family. Faced with a dark past, she’s forced to ask herself what really matters: her family legacy or her own happiness.

With her signature “intricate, tender, and convincing” (Publishers Weekly) storytelling, Julia Kelly weaves an unforgettable tale of female friendship amid the twilight days of Britain’s grand coming out balls.

My Thoughts:  Being a debutante is supposed to be a privilege.  It is a privilege that Lily is not thrilled to be doing but she understands that it is important to her mother and grandmama. I enjoyed seeing her come into her own, seeing her make her own friends, make her own choices, and not always fall into line with what her family wants.  I like that the friends she chose did not put pressure on her to be like them, they encouraged her to make her own way in her life and supported her decisions.

There are secrets, BIG secrets, that being kept from Lily and as she finds a letter in her mom’s study. She starts to ask questions.   They are questions that she deserves to have answered and I admire how she went about finding the answers she needed. The answers were not easy, but she took what she learned and did what she had to just to not fall into the trap of living how everyone else wants her to live.

I have read one other book from Julia Kelly and am now a fan.  I will be looking for more from her in the future.  The Last Dance of the Debutantes is a great look at the history of coming-out as a deb in the late 1950’s while also not falling into line with traditions. 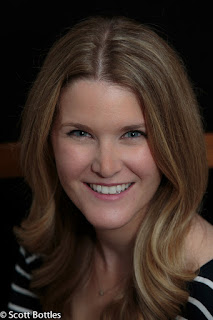 Meet Julia Kelly:  (taken from her website) Julia Kelly is the international bestselling author of historical women's fiction books about the extraordinary stories of the past. Her books have been translated into 13 languages. She has also written historical romance. In addition to writing, she’s been an Emmy-nominated producer, journalist, marketing professional, and (for one summer) a tea waitress. Julia called Los Angeles, Iowa, and New York City home before settling in London.

Readers can sign up for her newsletter so they never miss a new release.

Bloggers, bookstagrammers, and booktubers have their own list for extra information and press opportunities ahead of new releases.