New Release from Janalyn Knight, Author of The Cowboy's Cover Girl with a GIVEAWAY 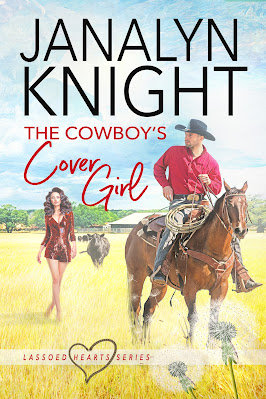 When a New York supermodel and a Texas cowboy tangle, expect fireworks in this exciting enemies to lovers romance.
Soul-sick and exhausted, supermodel Sadie Stewart comes to her best friend’s cattle ranch to heal. What she doesn’t count on is the way Jessica’s brother Knox makes her heart pound with his broad shoulders and sexy hips. But the man’s tough guy routine and comments about city girls get on her last nerve.
Knox McKinnis can’t believe that he has to put up with a smart aleck New York city slicker for the rest of the summer. Couldn’t his sister have asked before inviting the irritating but admittedly gorgeous yankee into their house?
When school teacher Jessica is called away to a three-week training, she asks Knox to step in and shoulder some responsibility for her guest. What begins as an onerous chore turns into a budding friendship.
When their friendship grows into something much more, the two lovers are faced with the immutable truth: Sadie’s multi-million-dollar career is in New York City. Knox’s life is embedded in his family ranch.
With September comes Sadie’s commitment at the Spring Fashion Show in New York. Heartbroken, the lovers say goodbye with no plans to see each other again.
But when tragedy strikes, Knox isn’t about to honor their agreement. Will the two find a way to be together or is their situation still as hopeless as before? 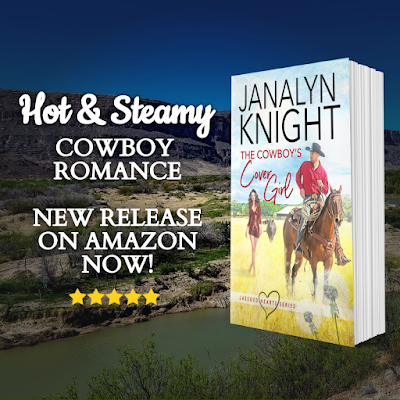 'Between the slow-burn romance, the protective dad, and swoon-worthy sweet moments scattered throughout this book--there were SO MANY feels rolling off these pages.'

'This is one of the best draw me in, grab ahold, and shake me until I rattle stories I have read in a long time… The author did such an amazing job with these characters you can’t help but feel and experience every emotion, every heartbreak along with all of the turmoil and confusion as if you are right there with them.'

Knox McKinnis removed the halter from his big bay gelding and swatted him on the rump. The horse trotted off into the wheat pasture, seemingly unaffected by the long day sorting cattle on the 11,200-acre McKinnis ranch near the tiny town of Rule in north Texas. So close to west Texas that it shared the wild, desert landscape, the McKinnis property had its share of mesquite trees and prickly pear cactus. But the hardy natural grasses grew healthy white-tailed deer for the hunters that the ranch hosted each year and robust Black Angus cattle that were his father’s pride.

After returning the halter to the big metal barn, he paused before entering the ranch house. Jessica’s SUV was parked out front, which meant that his sister was back from the airport in Abilene. Should he head into Haskell for dinner? Meeting some stranger from New York wasn’t high on his list after a hard day in the saddle. But what he really wanted was a shower and to hit the sack early. Better go in and get it over with.

As soon as he entered the big kitchen where everyone was already seated at the table, he locked eyes with Jessica’s friend. Gritting his teeth, he steeled himself to show no reaction at her revealing outfit, a lime-green satin jacket over a black crocheted top with holes easily two inches wide. Her tiny beige bra showed clearly underneath it. Was that what passed for acceptable fashion in New York? He slid his glance away and headed to the sink to wash his hands.

When he took his seat at the table, Jessica spoke up. “Hey, brother, I’d like you to meet my friend, Sadie Stewart. Sadie, this is my big brother, Knox.”

Keeping his face neutral out of respect for his baby sister, he nodded. “Pleased to meet you, ma’am.”

Sadie raised her eyebrows. “I’m only twenty-six. Am I a ma’am already?”

He didn’t look at her, instead serving himself a steak. “In Texas, all women are ma’am.”

But she didn’t sound like she thought it was nice. She sounded condescending. Who did she think she was? He served himself from the rest of the dishes without comment, already taking a healthy dislike to the Northerner. He took a bite of his fried potatoes and noticed that she only had a plate of salad in front of her. What the hell? Was she too good for his family’s country food? He glanced up and noticed Jessica watching him.

“Sadie’s a vegetarian,” she said.

He stifled a groan. Of course she was. He didn’t acknowledge his sister’s comment, merely took a bite of green beans.

“No wonder you’re so skinny. A person could get sickly going without good beef,” his father replied with a smile.

She obviously didn’t take his comment personally because she returned his dad’s smile. “I get plenty of protein, Jeb, I just don’t eat animals in the process.”

Knox restrained himself from rolling his eyes. He took a quick bite of potatoes. This city-slicker was going to get on his nerves every time she opened her mouth, and the sooner he left the table the better.

Maddie, Knox’s mom, and always the peacemaker in the house, spoke up. “To each his own, I say. Sadie, I have to get groceries in Abilene this week. Why don’t you come with me and we’ll make sure you have plenty of meal choices from now on, okay?”

“That sounds wonderful, Maddie. Thank you.” She looked genuinely appreciative, and this appeased Knox some. But still. A vegetarian? Come on.

“So, how was your flight, Sadie?” his mother asked.

“It was fine. I guess I do so much of it that I don’t pay much attention to flying anymore. The only thing that got my pulse racing was a tight time frame for my plane switch in Dallas. The little commuter I took to Abilene wasn’t crowded, though, so that was nice.”

“Well, we’re sure glad you got here safely,” his mom replied.

“It’s great to be here, Maddie. Thanks so much for having me. This is a beautiful place. I’ve heard so much about Texas, and I can’t wait to see a real working cattle ranch.”

He pressed his lips together. Damn. That didn’t sound good. Did Jessica have plans for the two of them to follow him around?

“Sadie and I’ll do the cleanup after dinner, mom,” Jessica offered.

Sadie’s head bobbed up, and her eyes widened in surprise.

He grimaced. What? Was she too good to do some dishes?

“Um, do you have gloves?” Sadie asked.

“I don’t think so, but we can get some. You can dry tonight,” his sister answered.

Well, he had to give it to her. She’d taken that in stride. Maybe there was more to the woman than met the eyes. He finished the last of his food and went to the sink to rinse off his plate.

“It was nice meeting you, Knox.”

He put his plate in the dishwasher before replying. “Welcome to the McKinnis Ranch, Miss Stewart.”

He nodded. “Good evening, Sadie.” He strode from the room, wondering just how long the strange woman from New York City would be staying. 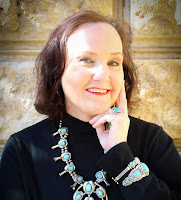 Nobody knows sexy Texas cowboys like Janalyn Knight. She grew up competing in rodeo, later working on a ten-thousand-acre cattle ranch, and these experiences lend an authenticity to her characters and stories. Janalyn is an avid supporter of the Hill Country Horse Refuge and absolutely owns the title of wine drinker extraordinaire. When she’s not writing spicy cowboy romances, she’s living her dream—sharing her twenty-acres of Texas Hill Country with her daughters and their families. 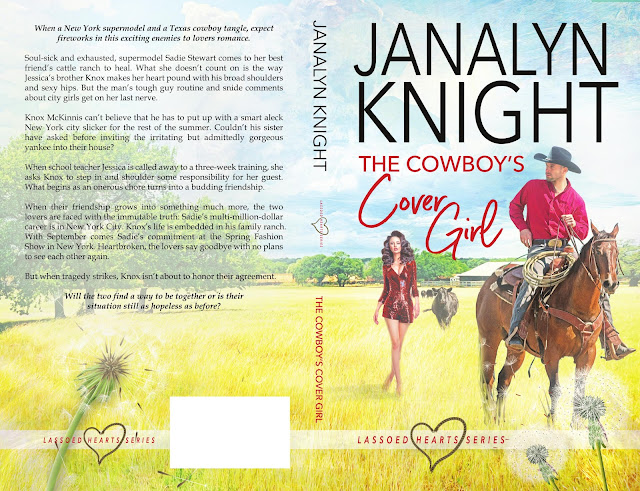