Spotlight for An Accidental Odyssey by KC Dyer

About An Accidental Odyssey 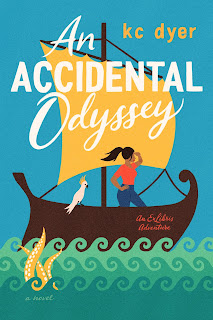 In what Kirkus Reviews has called, “A mouth-watering journey,” AN ACCIDENTAL ODYSSEY (Berkley Trade Paperback Original; on sale December 14, 2021) follows a bride-to-be and her estranged father as they embark on a life-altering adventure to retrace Odysseus’ famous voyage.

Recent college graduate and aspiring journalist Gianna Kostas is on her way to building the perfect life. She is set to marry one of New York’s most eligible bachelors—and one of the richest—and is sure to have a fairy tale wedding. But all of Gia’s plans are derailed when she receives an alarming phone call from the hospital, letting her know that her father, a man she barely knows, has suffered a heart attack. Even worse, he is determined to run off to Greece despite his condition and retrace the journey Odysseus made in The Odyssey.

When her father leaves the hospital without his medication, Gia is forced to follow him to Athens. She knows her father is in no condition to take this journey alone, and this may just be the opportunity she needs to get to know him and potentially secure her career as a journalist. But as Gia adventures—and eats—her way around the Mediterranean, she discovers that confronting epic storms, sea monsters, and gorgeous archaeologists might be the easy part.

Full of wit and charmingly heartfelt, AN ACCIDENTAL ODYSSEY is the perfect read for fans of Jasmine Guillory, Kerry Winfrey, or anyone who dreams of a little adventure. 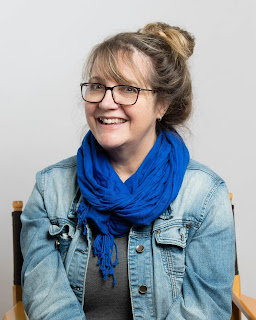 kc dyer resides in the wilds of British Columbia where she likes to walk in the woods and write books for teens and adults. Before An Accidental Odyssey, her most recent novels for adults were Eighty Days to Elsewhere and Finding Fraser, both romantic comedies published by Berkley. For teens, kc’s most recent work is Facing Fire, a sequel to the acclaimed novel, A Walk Through a Window, published by Doubleday. Learn more online at kcdyer.com.