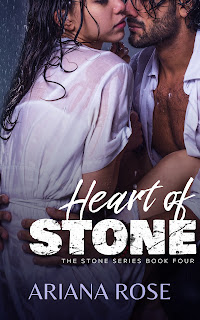 𝐈 𝐰𝐨𝐫𝐤𝐞𝐝 𝐬𝐨 𝐡𝐚𝐫𝐝 𝐭𝐨 𝐬𝐥𝐚𝐲 𝐞𝐯𝐞𝐫𝐲 𝐝𝐞𝐦𝐨𝐧 𝐚𝐧𝐝 𝐟𝐢𝐠𝐡𝐭 𝐞𝐯𝐞𝐫𝐲 𝐛𝐚𝐭𝐭𝐥𝐞 𝐭𝐨 𝐛𝐞 𝐛𝐲 𝐡𝐞𝐫 𝐬𝐢𝐝𝐞.
Now, I stare at the one match that could destroy everything we've gained. Me.
I thought I had the tools, the knowledge, to thrive... to survive, but I was wrong.
When you can't hide it, fight it, or mask it, there's only one thing left to do.
Run.
I've always strived for perfection. I've had to. It's been expected, demanded of me.
Until Alexandra. She never expects perfection. She only expects... me.
I've experienced loss in its worst and truest form, and they say history is cyclical.
How long do I have with her until my actions take her away?
Sometimes, it feels like I'm a pawn in the chess game of my life.
But I will protect my friends, my family, and my son from anything that could harm them.
𝐄𝐯𝐞𝐧 𝐢𝐟 𝐭𝐡𝐚𝐭 𝐭𝐡𝐢𝐧𝐠... 𝐢𝐬 𝐦𝐞. 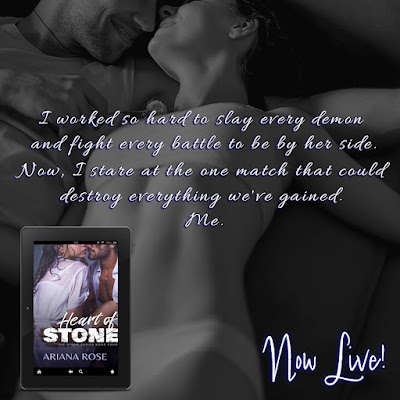 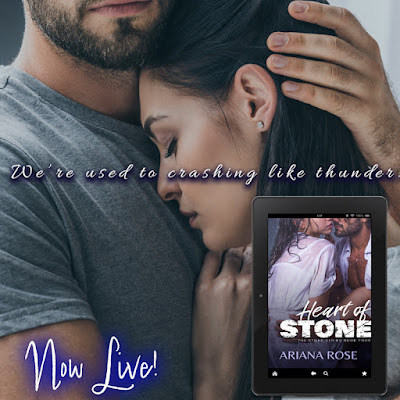 Author and hopeless romantic, Ariana Rose, dabbles in all forms of contemporary romance. All of her novels do have one thing in common. Her heroes and heroines are as passionate about life and love as they are about each other.
A proud mother of two, she was born and raised in the Minneapolis area. She's always been a storyteller and known to have a flair for the dramatic. Her daughter is just across the border finishing her college career and is a go to for all things graphic design. Her son is a busy middle schooler who loves all things penguins, science, gaming, cars and the weather. Ariana's fur baby (a beagle/lab) can be found curled next to her while she writes unless chasing squirrels and finding puppy friends become a higher priority.
When Ariana is not writing, she can be found at the rink in a figure skating lesson, binge watching her favorite shows, screening an 80s movie she's seen hundreds of times, exploring history or traveling to any of her current or new favorite places.
Ariana first published in August of 2018. Her Stone Series was the leaping point. It's fourth installment will debut in October 2021. She has two novels in K. Bromberg's Driven World, Twisted with its sequel Entwined. The concluding chapter Pivot, will follow in February 2022. You can find her first sports romance, Bitter Edge, in the Cocky Hero World. Double Exposure, her first co-write, also releases in February 2022.
You can find her exclusively in Kindle Unlimited. You can also sign up for her newsletter, watch her website or find her on all her social media to catch all the latest and greatest on upcoming projects.
Always remember that passion is never a bad thing, it's where dreams and reality collide. 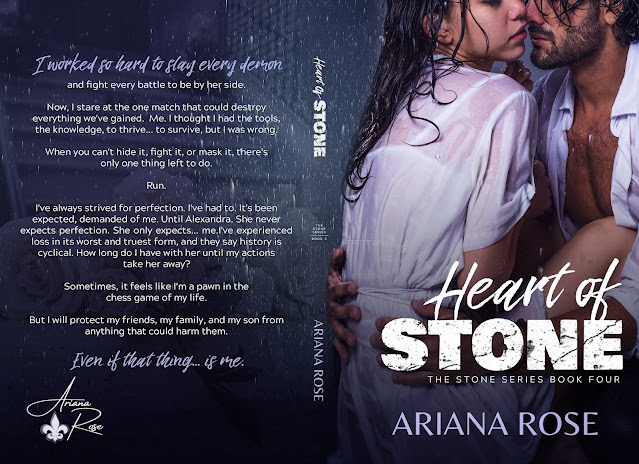