Book Review for When You Were Mine by Mila Nicks

Six years ago, Dylan Turner walked out of Penelope Spark's life and she never thought she'd see him again, but now he's back. Could a secret from the past destroy their second chance at love? Fall for this hard-working hottie in When You Mine by Mila Nicks, a Reunited Lovers Romance, the next book in the Blue Collar Romance Series. 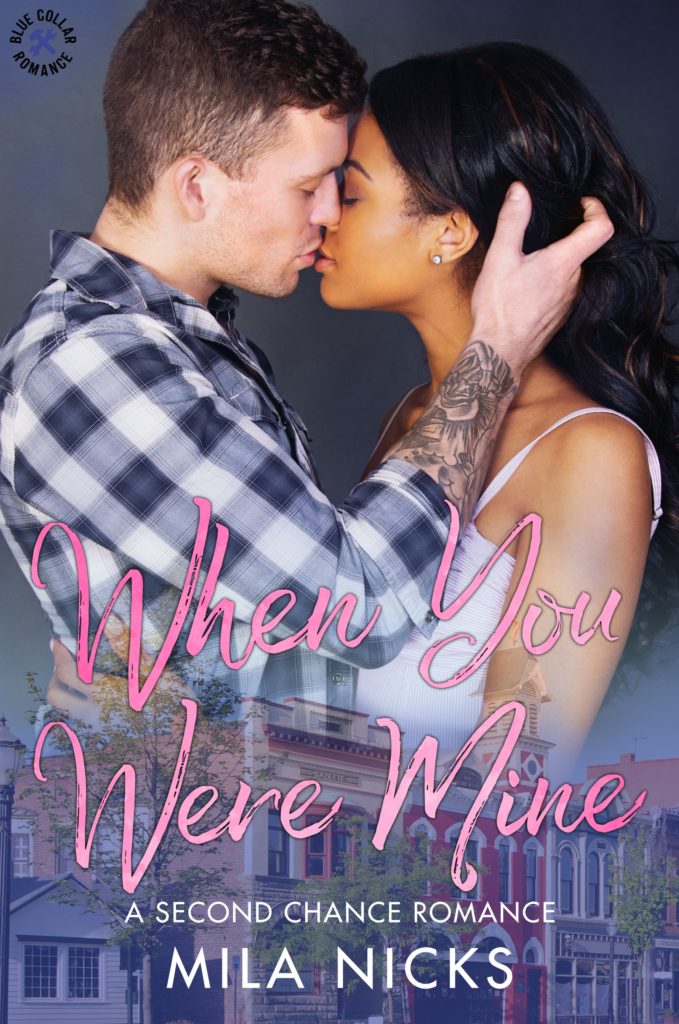 From Mila Nicks comes a second chance romance packed with charm, heart, and a swoon worthy happily ever after. When bad boy Dylan Turner walked out of Penelope Spark’s life six years ago, she was convinced she’d never see him again. Now a single mom to her daughter, Tabitha, and the owner of a small candle shop, Penelope looks forward to a stable life without heartbreak. That was before Dylan Turner showed up in Oak Bend like a relic from the past. Even worse? He’s rented the apartment next-door. A few years older and more mature but still with a bad boy edge, Dylan is a firefighter just trying to figure out what he wants in life. Could that be a second chance with Penelope? But there is one minor problem. Penelope has a secret that’s six years in the making. One that might destroy their relationship for good. If they’re meant to be together, they’ll need to come to terms with the past and learn to trust each other again. Is it possible their first love is their forever love? Welcome to Oak Bend where blue-collar hotties work hard and love even harder, especially when it comes to landing their happily ever after.

I liked the characters.  Dylan and Penelope were fun with real lives and realistic issues.   I liked that their past was an issue, but it was an issue that they were willing to work through and talk about.   They were able to figure out how to be a family and eventually find a happy ever after (this is not a spoiler (each book has a HEA).   The twist of the story was given away in the synopsis and shared pretty early in the book, I found that refreshing that I did not have to read forever just to find out what was going to happen.  I just enjoyed the quick and easy story while knowing what was going to happen. 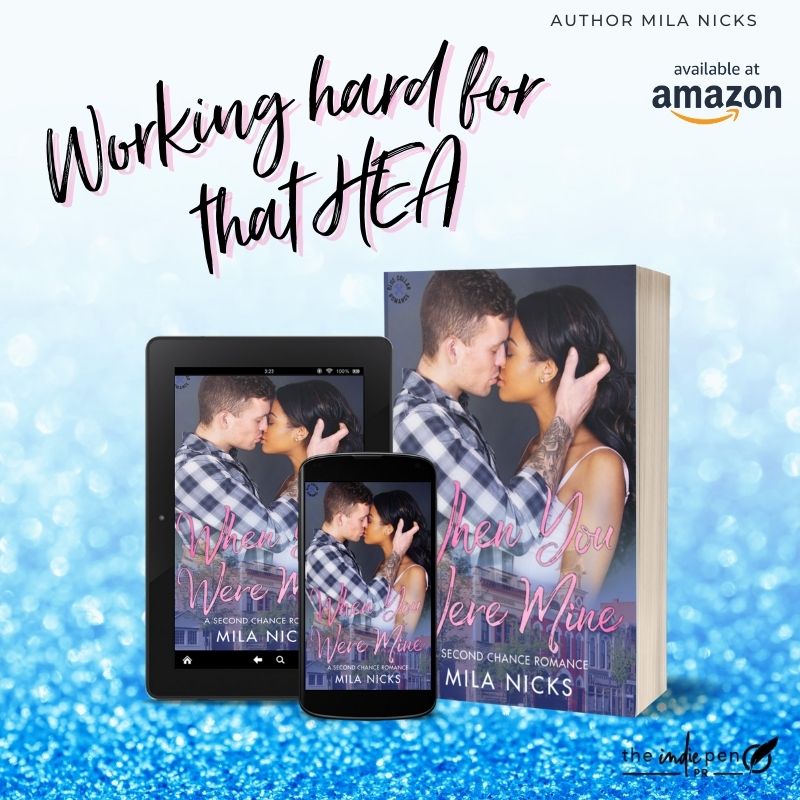 “Just like old times,” he said, plopping a baseball hat over my head. He led the way onto the field with the diamond marking, dugout, and bleachers in the distance. None of it had changed; it was exactly like it was when we were in high school. I didn’t object as he put on a catcher’s mitt and offered me a baseball bat. He tossed the baseball up into the air and caught it without his eyes on it. I gave a disbelieving laugh and shook my head side to side. He was so utterly hopeless. “Still the cockiest player on the field,” I muttered. “Isn’t that why you liked me so much?” My eyes narrowed. “You realize you just proved my point, right? Didn’t they use to call you Heavy Hitter for a reason?” He laughed, moving closer. So close he could’ve kissed me if he wanted. “Remember your nickname? Think it started with Ball and ended with Buster?” “Someone has to keep your huge ego in check.” “You were always good at the job,” he said with another husky laugh. He backed away and motioned for me to get in position. “Go on. You’re up to bat, Spark. Time to hit a home run.” “We both know I’m the worst baseball player known to man.” “But you look so dang cute in the hat and wiggling your booty like you do when you go to swing.” He was being bold flirting like that, but then again, I liked it. “Only wish you could be in my jersey again. I liked when you used to wear it.” I stood still for a second, the bat limp in my grasp as nostalgia hit me. “Me too.” We let the confession hang in the air for another second before moving on. He cleared his throat and winded up. I shook out my shoulders and bent my knees, booty out just the way that distracted him. Our eyes met in an intense stare off, his stormy grays connecting with my deep browns. “Ready?” “Been ready.” He held in a laugh as he pitched the ball in my direction. I swung and missed—and swore under my breath. For as crap a player as I was, I was also competitive as hell. I hated to lose. Something Dylan knew and loved about me. My grip tightened on the bat and I demanded he pitch again. The second time I swung harder and sent the ball hurtling into foul territory. No beats were missed as I told him to pitch a third time. He followed instruction and threw the ball at me. A tenacious growl left me when I swung, prompting a laugh out of him, making my heart beat in pride. The ball soared across the field. I kicked off my wedge sandals and split into a fast sprint, moving faster than even I expected. I’d always been a runner, on the girls’ track team during our high school days, faster than a gazelle they used to say. Dylan was fast after me. As I dashed barefoot across the wet grass of the baseball field, he tracked me down like a lion on the hunt. We were both laughing, the melodic carefree sound ringing in the otherwise quiet night air. Inches before he could tag me, I jumped onto home plate with triumphant arms in the air. He caught up a split second after, plucking me off my feet. I squealed as he swept me up into his arms and he spun us around in dizzying circles. My arms slid around his neck into what felt like the most natural position in the world, eyes squeezed shut, head thrown back in laughter. 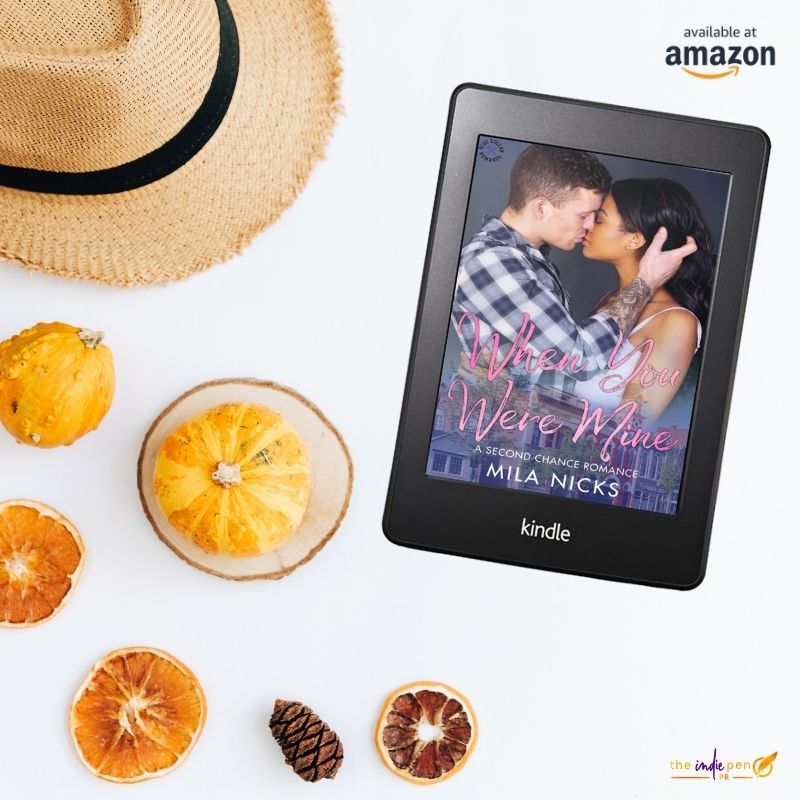 Mila Nicks is a romance author on a mission to pen entertaining love stories featuring women of color. From the time she was a small girl with crayons and an overactive imagination, she’s had a passion for storytelling. In addition to serving ten years in the United States Air Force, she has received her Bachelor’s degree in Journalism and an MFA in Creative Writing. When she isn’t busy tapping away at her keyboard, you can find her binge-watching her favorite TV shows, daydreaming about her next vacation across the globe, or spending quality time with her spunky pet Chihuahua, Zayden.