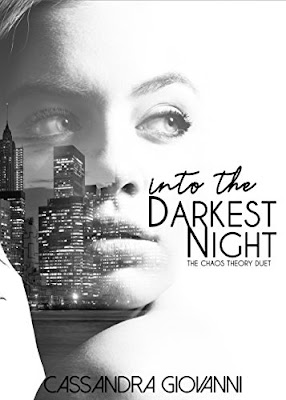 I was born a child of the Elite; destined to live a life of privilege in Sun City. With one decision I gave it all up. Ana Jacobs knows the Elite and their depravity all too well. She was one of them once. Her father was a member of the Inner Circle and head of the Trinity funding the corruption of Sun City. When he learned she knew the names of those he'd hidden so well, he turned his back on her; had her kidnapped and tortured to protect his secrets. When she escapes the island and learns of her father’s death at the hands of a knife-wielding vigilante called the Nightwatchman, she returns to Sun City, vowing to use her knowledge to protect the city. As a city cop, she blends into the background, and no one suspects her real motives. Levi Bennett knows where Ana’s been. He's also an Elite, but where Ana was sent to the island, he ended up there by accident. While Ana buries herself in her work and stopping the flow of illegal drugs and weapons into the poverty-stricken Blue District, Levi covers his pain by partying and spending his trust fund on buying bars and restaurants. Thrown together by Levi’s constant pressing of the limits, the two can’t deny the connection they share through their dark pasts. Their demons are one in the same, but some demons can’t be tamed.

Oh Cassandra what have you written for me?    I started this book one night and couldn’t put it down.   I was so hooked, so addicted to the story, and so invested in the characters.   I kept sneaking away, looking for a few spare moments and reading whatever I could in whatever time I had.

Into the Darkest Night is the start of a new series, Chaos Theory Duet, and I am hooked.   I love Levi and Ana.   The horror that they have lived through in their young lives and the strength they have shown while working through it is phenomenal.  It was wonderful that even though they knew of each other before their lives were changed they came together after having such similar experiences.   They challenged each other, protected each other, and fought for each other.

The ending… oh man.    It is quite the ending.   I can’t say I was surprised, I saw it coming but Cassandra did an amazing job leaving the reader wanting more.     This is a series that I can’t wait to read more of.    I recommend getting your own copy ASAP.

Purchase your own copy at Amazon
Posted by A Soccer Mom's Book Blog at 3:00 AM