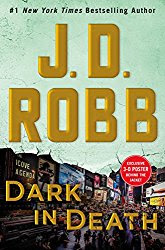 It was a stab in the dark.

On a chilly February night, during a screening of Psycho in midtown, someone sunk an ice pick into the back of Chanel Rylan’s neck, then disappeared quietly into the crowds of drunks and tourists in Times Square. To Chanel’s best friend, who had just slipped out of the theater for a moment to take a call, it felt as unreal as the ancient black-and-white movie up on the screen. But Chanel’s blood ran red, and her death was anything but fictional.

Then, as Eve Dallas puzzles over a homicide that seems carefully planned and yet oddly personal, she receives a tip from an unexpected source: an author of police thrillers who recognizes the crime—from the pages of her own book. Dallas doesn’t think it’s coincidence, since a recent strangulation of a sex worker resembles a scene from her writing as well. Cops look for patterns of behavior: similar weapons, similar MOs. But this killer seems to find inspiration in someone else’s imagination, and if the theory holds, this may be only the second of a long-running series.

The good news is that Eve and her billionaire husband Roarke have an excuse to curl up in front of the fireplace with their cat, Galahad, reading mystery stories for research. The bad news is that time is running out before the next victim plays an unwitting role in a murderer’s deranged private drama—and only Eve can put a stop to a creative impulse gone horribly, destructively wrong.

Dark in Death is part of the In Death series by J.D. Robb.    I have read most of the books in this series and find myself getting lost in their stories and invested in Eve solving the murders.     This book is no exception.      When I started the book I knew that it was going to be a busy day and that I’d be pushing to find any real reading time but I managed to find enough to get ¼ of the way through the book.    The next day was calmer and I woke up excited knowing that I would have no problem finishing the book.

J.D. Robb does a great job of telling the story of murder while still keeping it clean enough not to turn people off, detailed enough without getting boring, and relatable enough that the readers become invested in the story.     I love that the characters are consistent throughout the series.    Peabody & McNab are still a mushy couple that make Eve cringe with their lovey-doveyness.     Leonardo & Mavis are still eccentric and totally ga-ga over their daughter Bella.    Summerset was on vacation during this book but was referenced to many times, especially when Eve and Roarke took advantage of him being gone from their house.      Then there is Nadine who we get a glimpse at her social life and I am hoping there will be more about in the next book.

When asked by my friends who love murder/mystery, police story books the In Death series always comes to mind.    Dark in Death is the perfect addition to this series. 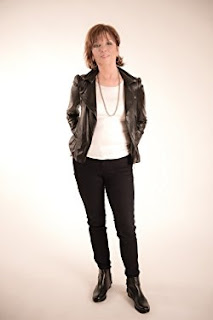 ABOUT THE AUTHOR
J. D. Robb

J.D. Robb is the pseudonym for #1 New York Times bestselling author Nora Roberts. She is the author of over 200 novels, including the futuristic suspense In Death series. There are more than five hundred million copies of her books in print.
Posted by A Soccer Mom's Book Blog at 3:00 AM