Like a Boss by Liz Matis RELEASE BLITZ & GIVEAWAY 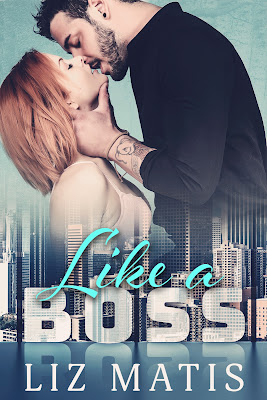 War veteran Dawson Trudeau never expected his estranged identical twin to walk into his bar in Alaska, let alone offer him twenty million dollars to pose as the CEO of King Enterprises while he secretly heads to rehab for thirty days. With dreams of starting a homeless shelter for veterans and locating his retired service dog from Afghanistan, Dawson can’t say no. Then he meets his brother’s sexy assistant and he hopes she can’t say no—some overtime between the sheets.

Lacey Brooks isn’t attracted to her metro-sexual boss, but his rough and ready identical twin is just her type. When lust turns into love, she fears she is betraying the CEO. If she can navigate the family feud to ensure a spot-on impersonation by Dawson, she’ll finally be promoted to VP.

If they can pull off the masquerade, everyone wins. But once the thirty days is over will victory matter if they don’t have each other? 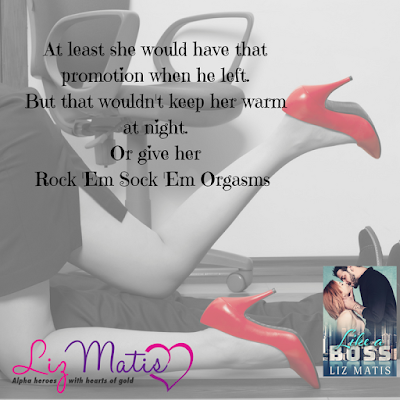 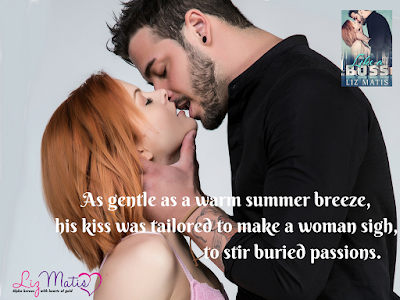 Lacey Brooks schooled her features to hide her shock. The beast behind the bar couldn’t be Aaron’s twin brother.

She’d been expecting her boss’ mirror image, not someone who crawled out of the Alaskan bush.

But as she drew closer she could see there was more than a resemblance underneath the beard and past-the-shoulder length mane.

Never trust a man with longer hair than you.

Keeping his brother a secret from the world was one thing but how had Aaron managed to keep it from her?

She knew everything about the CEO of King Enterprises. Everything.

Lacey wasn’t just his assistant, she was his confidant, his therapist, his sometime tennis partner, and his friend. But if he kept this secret, what else was he hiding? Like the reason for the cloak and dagger maneuvers, which he’d dismissed as unimportant.

Was it a family feud? A scandal?

Or was Dawson dangerous? A criminal? He certainly looked like it. His icy blue gaze roamed her body as if he owned it, reminding her of Aaron right before he was about to close a deal—a predator. Not a like shark, for they attack on instinct. This was more like a wolf, toying with his prey before sinking his teeth into the neck of its dinner.

“Lacey, I’d like you to meet my long lost brother, Dawson.”

“I look forward to working with you, darling.”


The physical makeover would be the easy part. Taming the he-man into a sophisticated owner of a billion dollar corporation in a day would be impossible. 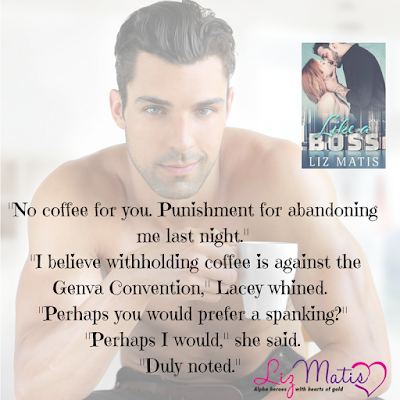 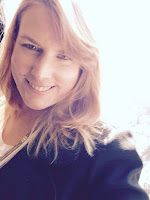 Liz Matis is a mild-mannered accountant by day and writer of fun, flirty, fiery romances by night.

Playing For Keeps, from her popular fantasy football romances, hit the #12 spot on the Barnes and Noble Nook Bestseller List and #26 on Amazon’s Kindle Bestseller. She has appeared on Amazon’s Movers and Shakers list. Playing For Keeps (winner of the NECRWA First Kiss Contest), Going For It, and The Quarterback Sneak all hit the #1 spot in Sports Fiction on Amazon.

In her spare time she enjoys reading, watching sports, and attending kickboxing classes. She’s been married for 31 years and believes in happily ever after.