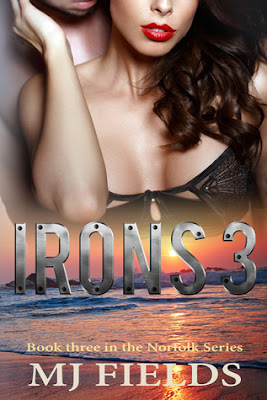 Lieutenant Jaxson Irons, was born and bred to be the soldier, a leader, and a man whose life's center is his country. He has lived the life laid out before him, but now everything has changed.

After the accident that nearly cost him his life, and secrets were revealed, Jax was left questioning everything and everyone, except his band of brothers and the woman who stood by him through it all.
Faced with truths and harsh realities, he must decide what to do next.

Francesca Cruz Irons has loved Jax since she was a little girl. When her brother Will, Jax's best friend dies, her love for Jax only intensifies. Her life was spiraling out of control when she ran into him again.


Once feisty and out of control, Frankie has become the wife to a man who once was stronger than her, but now is his equal and his everything.


Francesca's strength and support comes from her love of a man who is her everything, and she is his.

One of my favorite military, alpha man authors, Jessie Lane, recommended this series to me.    I have to say that I didn’t know for sure what to expect and was so happy that I could read this series in order, back-to-back.

M.J. Fields is an author that has it all together.   She writes in a style that pulled me in, had me invested in the characters, and wanting to keep reading.    Each book is part of an entire story.   They have to be read in order and I recommend one after another.     They do not end in a cliffhanger, you know how that part of the story ends for the most part, yet they each pick up exactly where the other left off.      There were twists and turns that kept me guessing and hoping that the characters would head the direction that I was sure they needed to go.

With each book, I loved watching Frankie get her life back.   She was lost in book 1, book 2 she knew where she wanted to go, and book 3 had her being a strong female that knew what she deserved and wanted in life.     The confidence she gains has her becoming a great wife, mother (great twist), and daughter.

I do wish there would be more to come in this series, but I am ready for Shadow’s story.

**I was given an ARC of Iron 3 by the author for an honest review.

Book 1 of the Norfolk Series 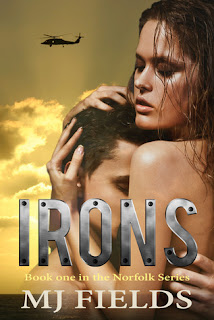 Jax
I was born and bred to be the man I am today. My father and his father were both graduates from The United States Naval Academy in Annapolis. Both went on to become helicopter pilots. Both had seen plenty of action. Both had met and caused devastation. Both men, who I respect more above all, had served and protected the United States and her people honorably for decades.
My best friend, William Cruz, who attended the academy with me, had flown beside me, had lived the same life as I had and shared the same ambitions in life, was gone now. This was not part of the plan. Will and I were supposed to have each other’s backs, support each other and never let anything supersede our bond.

Francesca
I sat on Norfolk Beach needing to feel close to him on the anniversary of his death. It was a beautiful day in May and I was cutting class. I had done the same every year since he passed.
Jaxson Irons was only supposed to be in Pensacola for a year. But now three years later I still hadn't heard from him. I saw a man running down the beach and I knew immediately who it was.
Jaxson didn't respond the way I had dreamed he would. He told me we would catch up someday soon. I stood and watched until he was gone.
Thump, thump. I placed my hand on my chest as I felt my heart beat again for what felt like the first time in three years. Thump, thump. I felt the blood moving quickly through my body. It’s heat once again present. Thump, thump. I looked up at the sky and let out a breath. A breath that I had been holding forever. Thump, thump.
I felt tears fall down my face as I raised my hands in the air and laughed out loud. Just then the clouds parted for the first time in forever. I saw the sun smiling down on me.

Book 2 of the Norfolk Series 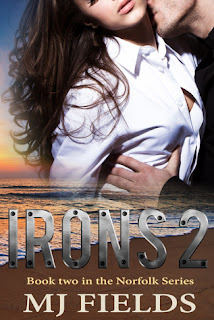 Jaxson Irons lived by the rules. His life's path was set before him and headed toward Washington, DC. When he fell in love with Francesca Cruz his family was against it. But Jaxson knows what he wants. Against his family's wishes he continues his love affair with Francesca, under the covers.

When life altering secrets have been revealed and Francesca is attacked Jaxson is adamant that he will figure it out, while keeping her safe. Not knowing who is behind the chaos Jaxson and Frankie decide to hide their love, for now. When the semester at Old Dominion ends Francesca agrees to go home to Princess Anne, Maryland, keeping her safe until Jaxson has figured out who is behind the madness and puts an end to it. All he wants is for his
angel to shine in the light she so deserves.

When he can't stay away any longer he goes to her exposing their love, and his intention to marry Francesca.

After an intimate wedding, surrounded only by those who Jaxson knows he can trust, they spend a highly sexual weekend at the cabin. Their weekend is cut short when Jaxson is called back to Norfolk for night training.

An accident causes hidden secrets to be exposed.

Can their love survive or will it die?
Posted by A Soccer Mom's Book Blog at 5:00 AM