Over (Gone #3) by Stacy Claflin 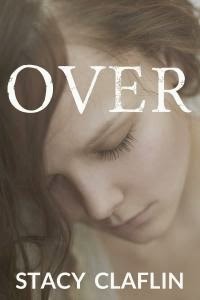 Macy Mercer was abducted by Chester Woodran, who took her to replace his own daughter that he lost. Macy has faced horrors worse than she ever imagined, but is still determined to get back home.

The series follows Macy as she fights to survive and hopefully escape. It also follows her closest friends and family who have their own secrets. It's recommended that the books are read in order.

This is the third book in the trilogy.   Just like Gone and Held, I could not stop reading.   I wanted to know what happen to Heather, Luke, Alex, Zoey , and most importantly Macy.  Stacy Claflin did a great job of telling the story and tying up the loose ends.

As a reader, I was very curious at the story of Heather, the real Heather.  I wanted to know where she was, how she was being treated, and if she would ever be with her dad again.    When it was revealed where she was and what was happening, I was scared for her.   Would Chester be able to get custody again?   Would she ever be able to live her life again?     Then there is Macy, the main character of the story.   I needed her to get home safe or at least end up somewhere that she would be not be abused as she had been.   I got all the answers I wanted and more.   It amazes me how strong the teenage characters in this trilogy are.   The things these girls go through are absolutely life shattering, yet they manage to hang on to reality and come out on top.

There is so much more I want to say and share, but by doing so it would give away too much of the story.   All I can tell you is that you HAVE to get this book.    This entire series is one that will hold your attention while reading it and leave you thinking about it when you are done.