Book Review for Killers of a Certain Age by Deanna Raybourn

Killers of a Certain Age by Deanna Raybourn 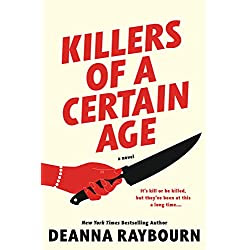 They've spent their lives as the deadliest assassins in a clandestine international organization, but now that they're sixty years old, four women friends can't just retire - it's kill or be killed in this action-packed thriller by New York Times bestselling and Edgar Award-nominated author Deanna Raybourn.

Billie, Mary Alice, Helen, and Natalie have worked for the Museum, an elite network of assassins, for forty years. Now their talents are considered old-school and no one appreciates what they have to offer in an age that relies more on technology than people skills.

When the foursome is sent on an all-expenses paid vacation to mark their retirement, they are targeted by one of their own. Only the Board, the top-level members of the Museum, can order the termination of field agents, and the women realize they've been marked for death.

Now to get out alive they have to turn against their own organization, relying on experience and each other to get the job done, knowing that working together is the secret to their survival. They're about to teach the Board what it really means to be a woman--and a killer--of a certain age.

My Thoughts:  Killers of a Certain Age is a different type of book for Deanna Raybourn.  I am a fan of her Veronica Speedwell series and am excited to announce that I am also a fan of her mystery thriller.

The sixty-year-old assassins are friends going on one final vacation together before retiring into their own lives.  I love their spunk, their quick minds, and their quirks.   They know each other better than they know themselves and know each other’s strengths.  They work together like a well-oiled machine. This is a very good thing because the people they work for want them dead.  I love watching these “old ladies” work together to figure out how to take out those who want to take them out.  There are witty, they are smart, and they are deadly.

Everything about this book is phenomenal.  The storyline is unique and fun.  The characters are wonderful.  Put it all together and you have a book that I recommend to any mystery lover.  I would love more about these characters but I also hope that they have found their happy ever after living a calm and boring life after hearing about all the excitement that they have had to far. 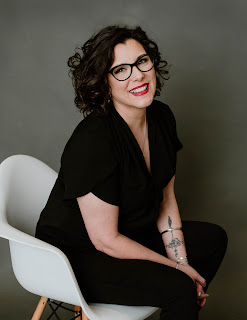 Meet Deanna Raybourn (taken from her website):  New York Times and USA Today bestselling novelist Deanna Raybourn is a 6th-generation Texan with a degree in English and history from UTSA. Her novels have been nominated for numerous awards including the Edgar, RT Reviewers’ Choice, the Agatha, two Dilys Winns, and the Last Laugh. She launched a Victorian mystery series featuring intrepid butterfly-hunter Veronica Speedwell in 2015. This Edgar-nominated series is ongoing. Her first contemporary thriller, KILLERS OF A CERTAIN AGE, chronicles the adventures of four female assassins who must band together against the organization that would rather see them dead than let them retire.