Book Review for The Last House Party by Kelly Simmons 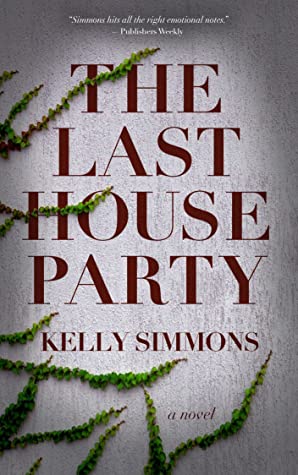 Taken from Amazon: From the acclaimed author of six suspenseful novels published in twelve countries, comes her first historical fiction. It's the story of one family's struggle to comprehend not only their daughters' dark secrets, but their hometown's exclusivity and racism during the tumultuous 70s and 80s. Perfect for readers who enjoyed A Good Neighborhood or The Virgin Suicides. Kelly Simmons' novels have been widely praised by critics and book club readers.

My Thoughts:  The House Party is a thriller set in the past.  It brings the reader to 1970’s-1980’s when Lily and Peter’s daughters have a party while the parents are gone.  Something happens at this party, something no one has talked about, something Lily is trying to figure out.   I enjoyed seeing Lily try to figure out what her daughters had been up to with the party.   The clues were sparce, it happened so many years ago that there was not much left to discover but she was doing her best.

I felt like it was not hard for the reader to put together the what happened part of the story but it was a little more challenging to figure out how everyone played into the what happened.  I enjoyed the dynamics of the sisters and could entirely relate to their closeness.  I loved how they protected each other, even keeping secrets just to save the hurt.

Kelly Simmons wrote a thriller that I could not stop reading.