Book Review for What Happened to the Bennetts by Lisa Scottoline

What Happened to the Bennetts by Lisa Scottoline 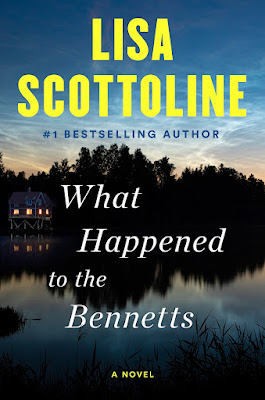 Your family has been attacked, never again to be the same.
Now you have to choose between law…and justice.

Jason Bennett is a suburban dad who owns a court-reporting business, but one night, his life takes a horrific turn. He is driving his family home after his daughter’s lacrosse game when a pickup truck begins tailgating them, on a dark stretch of road. Suddenly two men jump from the pickup and pull guns on Jason, demanding the car. A horrific flash of violence changes his life forever.

Later that awful night, Jason and his family receive a visit from the FBI. The agents tell them that the carjackers were members of a dangerous drug-trafficking organization - and now Jason and his family are in their crosshairs. The agents advise the Bennetts to enter the witness protection program right away, and they have no choice but to agree. But WITSEC was designed to protect criminal informants, not law-abiding families. Taken from all they know, trapped in an unfamiliar life, the Bennetts begin to fall apart at the seams. Then Jason learns a shocking truth and realizes that he has to take matters into his own hands.

My Thoughts:  A family disappears from their home and town without a word to anyone.  Of course, rumors start to spread but the family has been directed to contact no one and do not use any social media that can be traced.  Someone horrible is after them and the FBI is doing all they can to keep them safe.

There are so many levels to this plot.   Just when I thought I was figuring it out something else would be revealed that would make me questions what I thought I knew.  There were secrets on top of secrets, and I had no idea who to believe and who was just trying to through me off.   Everyone in the book had a secret.

I enjoyed that the father became the one who decided to solve the mystery of who was after them and why.  I liked that he took things into his own hands and put his own life at risk just to keep his family safe.  There were times I questioned his choices but somehow it all came together, and the father became a hero.

What Happened to the Bennetts took me on a ride.  The twists and turns kept me turning pages and devouring each chapter needing to know what was going to happen next.  Lisa Scottoline is a must-read author for me and I am thrilled that she wrote a book that I could not put down. 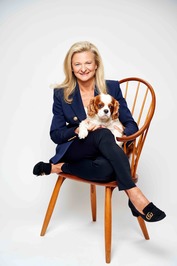 She also writes a weekly column with her daughter Francesca Serritella for the Philadelphia Inquirer titled “Chick Wit” which is a witty and fun take on life from a woman’s perspective. These stories, along with many other never-before-published stories, have been collected in a New York Times bestselling series of humorous memoirs including their most recent, I See Life Through Rosé-Colored Glasses, and earlier books, I Need A Lifeguard Everywhere But The Pool; I’ve Got Sand in All the Wrong Places; Does This Beach Make Me Look Fat?; Have a Nice Guilt Trip; Meet Me at Emotional Baggage Claim; Best Friends, Occasional Enemies; My Nest Isn’t Empty, It Just Has More Closet Space; and Why My Third Husband Will Be a Dog, which has been optioned for TV.

Lisa reviews popular fiction and non-fiction, and her reviews have appeared in The New York Times, The Washington Post and The Philadelphia Inquirer. Lisa has served as president of Mystery Writers of America and has taught a course she developed, “Justice and Fiction” at the University of Pennsylvania Law School, her alma mater. Lisa is a regular and much-sought-after speaker at library and corporate events. Lisa has over 30 million copies of her books in print and is published in over 35 countries. She lives in the Philadelphia area with an array of disobedient pets, and she wouldn’t have it any other way.

Lisa’s novels are known for their emotionality and their warm and down-to-earth characters, which resonate with readers and reviewers long after they have finished the books. When writing about Lisa’s Rosato & Associates series, Janet Maslin of The New York Times applauds Lisa’s books as “punchy, wisecracking thrillers” whose “characters are earthy, fun and self-deprecating” and distinguishes her as having “one of the best-branded franchise styles in current crime writing.”

Lisa’s contributions through her writing has been recognized by organizations throughout the country. She is the recipient of the Edgar Award, the Mystery Writer’s of America most prestigious honor, the Fun, Fearless, Fiction Award by Cosmopolitan magazine, and named a PW Innovator by Publisher’s Weekly. Lisa was honored with AudioFile’s Earphones Award and named Voice of the Year for her recording of her non-fiction book, Why My Third Husband Will Be a Dog. Each follow up collection, including the most recent, I See Life Through Rosé-Colored Glasses, has garnered both Lisa and her daughter, Francesca, Earphones Awards as well. In addition, she has been honored with a Distinguished Author Award from Scranton University, and a “Paving the Way” award from the University of Pennsylvania, Women in Business.

Lisa’s accomplishments all pale in comparison to what she considers her greatest achievement, raising, as a single mom, her beautiful (a completely unbiased opinion) daughter, an honors graduate of Harvard, New York Times bestselling author, and columnist, who is currently working on her first novel.

Lisa believes in writing what you know, and she puts so much of herself into her books. What you may or may not learn about Lisa from her books is that she is an incredibly generous person, an engaging and entertaining speaker, a die-hard Eagles fan, a good cook, and a vegetarian. She loves the color pink, has an incredible design sense, has recently taken up gardening and golf, and her musical taste includes everything from U2 to Sinatra to 50 Cent, she is proud to be an American, and nothing makes her happier than spending time with her daughter.

Lisa is also a regular softie when it comes to her furry family. Nothing can turn Lisa from a professional, career-minded author, to a mushy, sweet-talking, ball-throwing woman like her beloved dogs. Although she has owned and loves various dog breeds, including her amazing goldens, she has gone crazy for her collection of King Charles Spaniels.

Lisa first fell in love with the breed when Francesca added her Blehneim Cavalier, Pip, to the mix. This prompted Lisa to get her own, and she started with the adorable, if not anatomically incorrect, Little Tony, her first male dog (Lisa wrote a “Chick Wit” column about this). Little Tony is a black and tan Cavalier King Charles Spaniel. But Lisa couldn’t stop at just one and soon added her little Peach, a Blehneim King Charles Cavalier. Lisa is now beyond thrilled to be raising Peach’s puppies, Daniel Boone and Kit Carson, and for pictures, be sure to follow Lisa on Facebook or Twitter. Herding together the entire pack is Lisa’s spunky spit-fire of a Corgi named Ruby. The solitude of writing isn’t very quiet with her furry family, but she wouldn’t have it any other way.

Not to be outshined by their canine counterparts, Lisa’s cats, Vivi and Mimi, are the princesses of the house, and have no problem keeping the rest of the brood in line. Vivi is a grey and white beauty and is more aloof than her cuddly, black and white partner, Mimi. When Lisa’s friend and neighbor passed, Lisa adopted his beloved cat, Spunky, a content and beautiful ball of fur, who lived to a ripe old age.

Lisa’s loves the coziness of her farmhouse, and no farm is complete without chickens. She has a chicken coop which she populated with chicks of different types, and is overjoyed with each and every colorful egg they produce. Watching over Lisa’s flock are her horses, which gladly welcome the chickens and all the excitement they bring.