Review for The Last Tiara by M.J. Rose 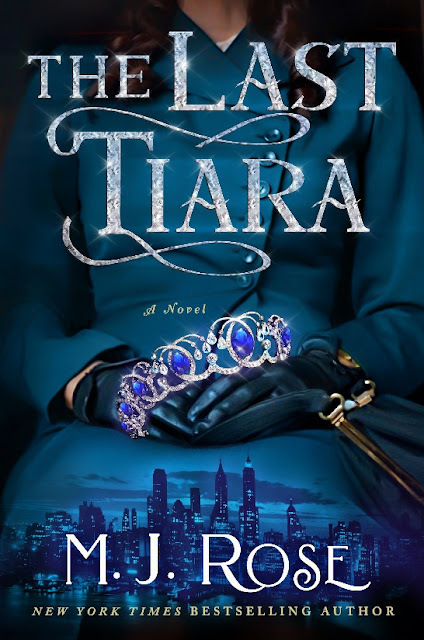 From New York Times and Wall Street Journal bestseller M.J. Rose comes a provocative and moving story of a young female architect in post-World War II Manhattan, who stumbles upon a hidden treasure and begins a journey to discovering her mother’s life during the fall of the Romanovs.

Sophia Moon had always been reticent about her life in Russia and when she dies, suspiciously, on a wintry New York evening, Isobelle despairs that her mother’s secrets have died with her. But while renovating the apartment they shared, Isobelle discovers something among her mother’s effects—a stunning silver tiara, stripped of its jewels.

Isobelle’s research into the tiara’s provenance draws her closer to her mother’s past—including the story of what became of her father back in Russia, a man she has never known. The facts elude her until she meets a young jeweler, who wants to help her but is conflicted by his loyalty to the Midas Society, a covert international organization whose mission is to return lost and stolen antiques, jewels, and artwork to their original owners.

Told in alternating points of view, the stories of the two young women unfurl as each struggles to find their way during two separate wars. In 1915, young Sofiya Petrovitch, favorite of the royal household and best friend of Grand Duchess Olga Nikolaevna, tends to wounded soldiers in a makeshift hospital within the grounds of the Winter Palace in St. Petersburg and finds the love of her life. In 1948 New York, Isobelle Moon works to break through the rampant sexism of the age as one of very few women working in a male-dominated profession and discovers far more about love and family than she ever hoped for.

In M.J. Rose’s deftly constructed narrative, the secrets of Sofiya’s early life are revealed incrementally, even as Isobelle herself works to solve the mystery of the historic Romanov tiara (which is based on an actual Romanov artifact that is, to this day, still missing)—and how it is that her mother came to possess it. The two strands play off each other in finely-tuned counterpoint, building to a series of surprising and deeply satisfying revelations.

AMAZING!   If I had to sum up the book in one word AMAZING would be that word.   I am a fan of MJ Rose and have always looked forward to her books.   With each story she shares I get to visit new places, meet new characters, and experience a life that happen long ago.    Both timelines are set in the past and tell the story of two amazing women, a mother and daughter, and the lives that they are living.

I love that they characters are mother and daughter.   Even thought Sofiya has died, she still manages to share her story with Isobelle.   The story comes to life as Isobelle finds a tiara while remodeling the apartment she shared with her mother.  The tiara tells the story of the life Sofiya lived in Russia, the reason she came to New York, and the life of Isobelle’s father.    Both timelines were wonderful.   I could picture life in Russia during the war and the hardships that Sofiya and her family were facing.  Isobelle in New York brought to life the hard work she does while not getting the respect she deserved and the hope that she will find out the secrets of her family history.

** Thank you Ann-Marie at Get Red PR for a NetGalley copy of the book in exchange for an honest review. 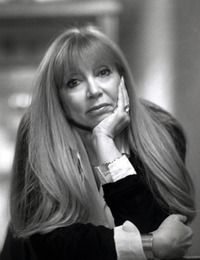