Review for The Day Henry Died by Lynda Renham 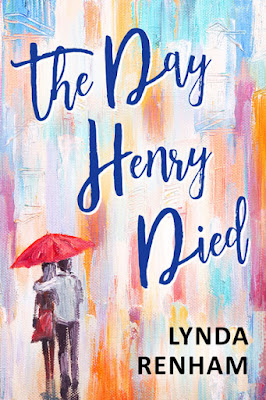 Suppose you wake up one morning to find yourself dead. You can see yourself clearly in the mirror, and feel the same as you did the day before. But today is the day of your funeral. What do you do?

This was Henry’s dilemma. Henry decides he can’t possibly be dead, so he sets out to prove he is alive. Then, he discovers that Rita, a product demonstrator at the supermarket, can see him.

Even with the help of Rita, proving you’re not dead was harder than Henry imagined, but when Henry discovered that he was murdered, the question was why and by whom?

I have read many Lynda Renham books and have loved them all.   The Day Henry Died is a different type of story than I have read of hers before.   I still loved it.   I actually could not stop reading it during a time that not much has kept my attention.    The story was easy to read, the characters were fun to learn about, and the plot was unique and fun.

Henry is dead.  He still thinks he is alive and becomes friends with Rita while trying to figure out what the was going on in his life.   Why is Rita the only one who can hear him and help him?  I never figured it out until the end.    I loved that I had no clue why Henry was living as he was.   Lynda Renham did a great job at dropping slight clues into the story but she never gave the ending away until the book was over.

Pick up this book, lose yourself in a fun storyline, and meet the quirky characters of The Day Henry Died. 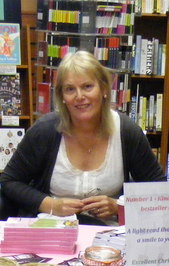 Lynda Renham has been writing for as long as she can remember and had her first work published in a magazine at age nine and has continued writing in various forms since. She has had several poems published as well as articles in numerous magazines and newspapers. Recently she has taken part in radio discussions on the BBC.She has studied literature and creative writing and has a blog on her web page: www.renham.co.ukLynda lives with her second husband and cat in Oxfordshire, England. She is Associate Editor for the online magazine The Scavenger and contributor to many others. When not writing Lynda can usually be found wasting her time on Facebook.