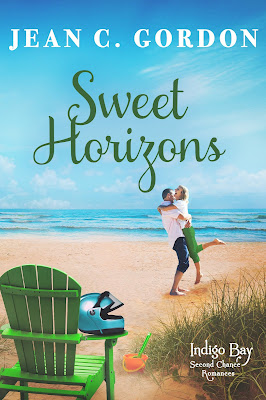 Blurb: There’s nothing like a wedding to bring people together, but family dynamics can be complicated, especially newly blended ones.

Sonja Cooper is thrilled that her daughter Lauren is marrying Jesse Brewster and giving her a ready-made granddaughter in the irrepressible 3-year old Shelley. The fact that Jesse is also Sonja’s business partner in the launching of the Morrison Mansion B&B is just a bonus.

Custom bike shop owner Jeff Brewster is also delighted that his son Jesse is marrying Lauren and building a new family. The one awkward aspect is the unexpected attraction he feels towards Sonja. For although Sonja feels the same spark, having been burned in her divorce from Lauren’s father, she’s determined never to be dependent on a man again.

Then the Indigo Bay Business Association pits Sonja and Jeff against each other by having their businesses compete for the coveted “New Business of the Year Award.” All’s fair in love and war, but hearts don’t always listen!

This is the 3rd novel in the Indigo Bay Second Chance Romances series, but all books can be read as standalones. 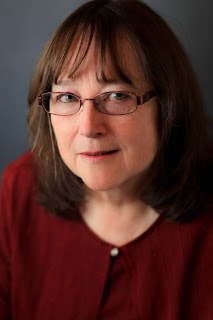 For Amazon Bestselling sweet and inspirational romance author Jean C. Gordon, writing is a natural extension of her love of reading. From that day in first grade when she realized t-h-e was the word “the,” she’s been reading everything she can put her hands on. She and her college-sweetheart husband tried the city life in Los Angeles, but quickly returned home to their native small-town Upstate New York, where she sets many of her books.

They share a 175-year-old farmhouse just south of Albany, NY, with their daughter and son-in-law, two grandchildren, and a menagerie of pets. Their son lives nearby. While Jean creates stories, her family grows organic fruits and vegetables and tends the livestock de jour.

Jean is currently working on a Christmas novella for the Small Town Christmas Wishes multi-author series, releasing this fall, and looking forward to writing a second book in the Sweet Promise Press No Brides Club series.