The Night the Lights Went Out by Karen White & EXCERPT 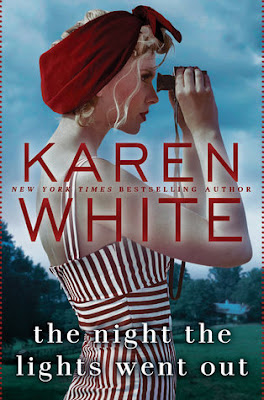 From the New York Times bestselling author of Flight Patterns comes a stunning new novel about a young single mother who discovers that the nature of friendship is never what it seems....

Recently divorced, Merilee Talbot Dunlap moves with her two children to the Atlanta suburb of Sweet Apple, Georgia. It’s not her first time starting over, but her efforts at a new beginning aren’t helped by an anonymous local blog that dishes about the scandalous events that caused her marriage to fail.

Merilee finds some measure of peace in the cottage she is renting from town matriarch Sugar Prescott. Though stubborn and irascible, Sugar sees something of herself in Merilee—something that allows her to open up about her own colorful past.

Sugar’s stories give Merilee a different perspective on the town and its wealthy school moms in their tennis whites and shiny SUVs, and even on her new friendship with Heather Blackford. Merilee is charmed by the glamorous young mother’s seemingly perfect life and finds herself drawn into Heather's world.

In a town like Sweet Apple, where sins and secrets are as likely to be found behind the walls of gated mansions as in the dark woods surrounding Merilee’s house, appearance is everything. But just how dangerous that deception can be will shock all three women....

Every person should have a Sugar in their life.    The stories she told were better than any history lesson I have ever had.    They were stories of the world while she was growing up.    The attitudes of people against blacks, the men going off to war, and the family dynamics are stories I have heard before but never tire of heading over and over again.       I have also noticed that many people don’t really like to share their history as Sugar feels.    She pretends to be closed off and not in need of friends but the truth is she just needs the right friends, which is what Merilee becomes.

The storyline is of Merilee getting a divorce and moving to a new house with her two children where the landlord is Sugar.       The children go to a new school and Merilee gets pulled into the mom’s group and pushed to participate in the fundraiser gala.     The mom’s are all led by Heather, who is beyond obnoxious.     From the very first time Heather was introduced I didn’t like her.   She is that mom in the school that has the perfect life and wants everyone know acknowledge how amazing she is.      I could predict how Merilee and Heather’s friendship would be but I couldn’t see how it would end up.

The friendships are what really stuck with me during this book.   Sugar and Merilee both have histories that they prefer not to talk about but with each other they find themselves opening up and trusting.     Wade, the handy man, is a good friend to both Sugar and Merilee.   He is willing to lend a helping hand, push for information when needed, and protect them without question.   There are other friendships that Merilee forms that show that there are good people in the world and that everyone needs to have that friend they can trust without any doubts.

I recommend picking up your own copy of The Night the Lights Went Out. 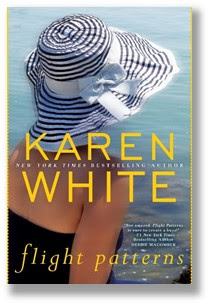