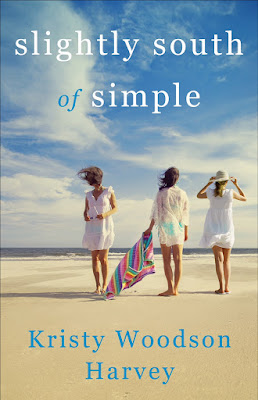 Caroline Murphy swore she’d never set foot back in the small Southern town of Peachtree Bluff; she was a New York girl born and bred and the worst day of her life was when, in the wake of her father’s death, her mother selfishly forced her to move—during her senior year of high school, no less—back to that hick-infested rat trap where she'd spent her childhood summers. But now that her marriage to a New York high society heir has fallen apart in a very public, very embarrassing fashion, a pregnant Caroline decides to escape the gossipmongers with her nine-year-old daughter and head home to her mother, Ansley.

Ansley has always put her three daughters first, especially when she found out that her late husband, despite what he had always promised, left her with next to nothing. Now the proud owner of a charming waterfront design business and finally standing on her own two feet, Ansley welcomes Caroline and her brood back with open arms. But when her second daughter Sloane, whose military husband is overseas, and youngest daughter and successful actress Emerson join the fray, Ansley begins to feel like the piece of herself she had finally found might be slipping from her grasp. Even more discomfiting, when someone from her past reappears in Ansley's life, the secret she’s harbored from her daughters their entire lives might finally be forced into the open.

Exploring the powerful bonds between sisters and mothers and daughters, this engaging novel is filled with Southern charm, emotional drama, and plenty of heart.

Slightly South of Simple is a true book about mothers, daughters, and grandchildren.   Every grandmother or mother wants to spend time with their family but it can be overwhelming when everyone gets together at one time.    That is what happens to Ansley.    She is living her life in Peachtree  Bluff, doing her thing, and WHAM her three grown daughters and 3 grandchildren all come to stay with her.    I love how she just rolls with the different attitudes and outlooks on life each daughter has.   She calls them out when she feels they need it but more than anything offers them the support they each need from her.   What I really loved is how much the girls supported her.   They pushed her to step out of her comfort zone and reconnect with Jack.

Slightly South of Simple is very much Caroline’s story.     Her husband no longer loves her and has left her and their daughter for a beautiful young model while Caroline is very pregnant with their second child.    Caroline runs from New York to her mother for support in what she knows will not be an easy change for her or her daughter.     There are life decisions Caroline will be forced to make that will affect her family’s life forever.

My heart was tugged at by this southern story.     I could picture the scenes, hear the characters voice, and was in a don’t bother me I’m reading frame of mind while reading Kristy Woodson Harvery’s  story. 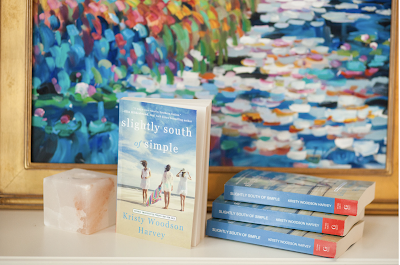 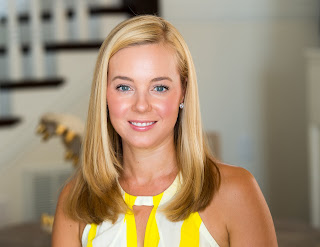 Kristy Woodson Harvey is the author of Dear Carolina (Berkley/Penguin Random House, 2015), Lies and Other Acts of Love (Berkley/Penguin Random House, 2016) and the forthcoming Peachtree Bluff Series, beginning with Slightly South of Simple (Gallery/Simon & Schuster, 2017). Dear Carolina was long-listed for the Pat Conroy Southern Book Prize, has been optioned for film and has appeared on numerous “must-read” lists. Lies and Other Acts of Love was a Romantic Times top pick, a Southern Booksellers Okra Pick and was chosen to be a part of the 2017 Trio display, which will spend the year traveling the South.