RELEASE BLITZ for Catch and Release by Laura Drewry & GIVEAWAY 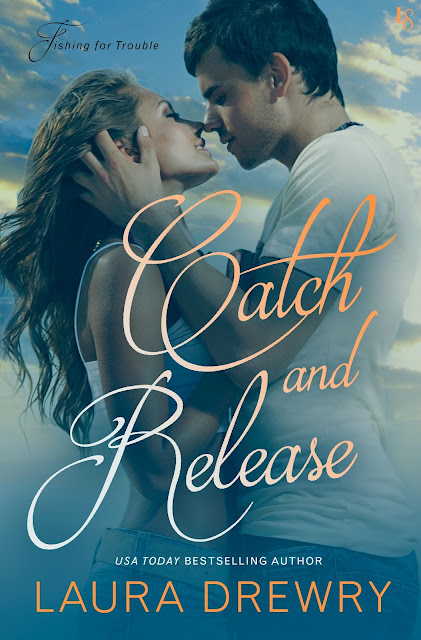 The irresistible O'Donnell brothers return in a charming novel from the bestselling author of Off the Hook ("The perfect balance of sweet, sexy, and wonderfully romantic."—Lauren Layne)
Hope Seaver is an up-and-coming TV producer tackling the hardest gig of her career: a reality show set at the Buoys, a scenic fishing destination owned by three handsome, stubborn brothers. Liam and Finn O'Donnell are willing to tolerate her crew for the sake of the business, but Ronan would rather chew off a limb than open up on camera. Somehow Hope has to convince him of her good intentions-and stop herself from swooning every time Ronan walks into the frame.

Ronan knows that he's the reason his brothers gave up their old lives to run the Buoys, and he needs to make it worth their while. So if this out-of-towner with the kind eyes and dazzling smile wants to give them the free publicity they desperately need, Ronan can't say no. He just won't let himself get burned again by a double-dealing woman. But what if Hope's good-girl routine isn't an act? When Ronan lets his guard down long enough to catch a glimpse of the real Hope, he likes what he sees-enough to give love another shot.

Hope shook Finn's and Liam's hands, smiling all the while as she consciously focused on maintaining slow easy breaths. No problem.

And then she turned to greet Ronan. From the photos in the Hooked files, she'd cataloged every detail about him—about all of them—so deep in her brain that she could have described him perfectly even with her eyes closed.

From the green eyes, to the single freckle in the middle of his left cheek, to the three lines creasing his forehead. From the way he wore his thick brown hair just short enough that he probably only combed it with his fingers, to the way he stood a good inch or so taller than both of his brothers, and the way he always wore his watch on his right wrist. And, yeah, okay, she'd noticed the way his shoulders and biceps stretched the fabric of his T-shirts. Like it was doing now. Whatever. The point was, none of this was new to her; she knew all of it and more.

And yet not a single one of those details, nor any of the others she'd stored up, prepared her for the real Ronan O'Donnell—for the way his eyes weren't just green but a soft mossy color that looked at her with something more like surprise than the blatant anger she'd expected; for the way his strong handshake, hesitant as it was, somehow infused a bit of strength in her; and for how much actual space he took up.

Sure, she could have chalked up the crowding to the number of people on the dock or to the fact that the low-lying clouds made the whole cove feel socked in, but the fact was, Ronan James O'Donnell had a physical presence that was a little intimidating, a little daunting. Or at least it was right up until he spoke.

"Hope." Ronan nodded slightly as he released her hand. "Good to meet you."

It was silly to think he'd yell all the time, but it wasn't until he spoke her name that she realized that's exactly what she'd expected, exactly what she'd prepared herself for. It had to be why the deep warm timbre of his voice caught her off guard and sent crazy flutterings racing through her blood until she shivered them out as goosebumps.

Nerves, that's all it was. Or maybe relief. She'd prepared herself to meet the loud, angry Ronan and she'd shored up her will to deal with that, to be on the defensive right from the get-go. But now . . . now she could relax a little, right?

Yeah, right. He might not be yelling, but suspicion lingered in his eyes, and if this was going to work, she'd need to find a way to get him to trust her. She needed all of them to trust her, to believe she was the one they could count on, the one who'd protect their interests while providing the network with a ratings winner. She needed to show the O'Donnells they had absolutely nothing to worry about.

Nothing except for the fact that she'd never been the one in charge before, she'd never done this on her own, and one wrong move would no doubt bring the whole show to a screeching halt, putting herself, Kevin, and Chuck out of work.

"Thanks," she said, pushing what she hoped looked like a bright, confident smile. "Good to meet you, too."

She tucked the straps of her bag high on up on her shoulder, then set in to help off-load the rest of the bags and equipment. Once everything was stacked on the dock, the pilot didn't hang around; he just locked up the hold, climbed back inside the cockpit, and waved as Kevin untied the plane and shoved it away from the dock.

It took a bit of juggling, but once they'd stored some of the gear on Finn's boat and everyone was loaded down with the rest of the bags, Liam led them all up the dock toward the lodge. Kevin walked next to him, followed by Finn and Chuck, which left Hope to pull up the rear with Ronan.

"Here." Shifting the bags he already had, he reached for one of hers, but Hope shook her head.

The bags were freakin' heavy, and the drizzle was making the hard-plastic handles slippery, but she needed Ronan and everyone else at the Buoys to believe she was fully capable, not some ridiculous delicate flower who couldn't handle things. And while the rational side of her brain knew that carrying bags had absolutely nothing to do with how well she did her job, it was the principle of the matter.

So onward she trudged, and even though the rest of them were already well ahead, Ronan stayed with her, walking in silence, and looking very much as if he'd rather be getting his chest waxed. It couldn't have been more than a couple of hundred meters from the dock to the stairs, but it felt like miles, especially with neither of them saying anything.

Come on, Hope. You've read everything there is to read on this place-you know its specs, you know its history, you even know how many fish they caught last season. Say something! Anything. Talk about the weather, for God's sake.

"Did you know that Texas horned toads can shoot blood out of the corners of their eyes?" 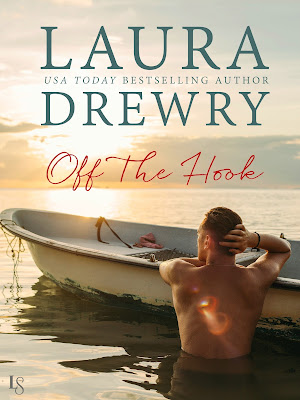 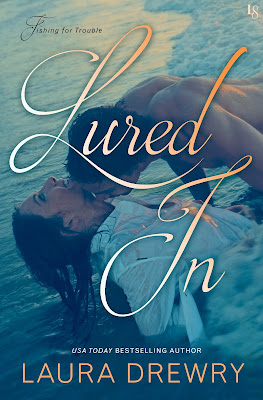 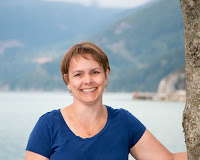 USA Today bestselling author LAURA DREWRY started out writing poetry - unbelievably bad poetry - which hopefully will never again see the light of day. With that behind her, she now writes contemporary and historical romance novels with characters who aren't perfect, who aren't always nice, and who tend to be a little (or a lot) on the sarcastic side. Born and raised in British Columbia, Laura spent eight years in the Canadian north where she learned important life lessons like how to get your bananas from the grocery store to your car without them freezing and turning black in the -40C temperatures. She now lives back home in southwestern BC with her husband, three sons, a turtle, two crazy dogs, a handful of chickens, and about thirty thousand bees. She loves old tattered books, movies, music, the New York Yankees, and cheesecake. Lots of cheesecake.

a Rafflecopter giveaway
Posted by A Soccer Mom's Book Blog at 11:00 AM