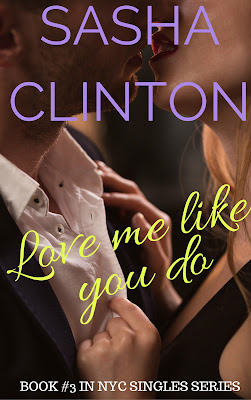 A single, overweight college professor.
A TV producer looking for a replacement actress.
A chance meeting that changes both their lives.

Dr. Bella Hopkins is looking for love. The forever kind. But instead, she gets a role in a new sitcom, when she runs into Hollywood-screenwriter-turned-producer Jamie Star at the supermarket.

Jamie wants his first show to succeed. He didn’t count on the lead actress injuring herself and pulling out last minute. When he meets Bella, who looks exactly like the actress he just lost, Jamie is convinced that the solution to his problem is simple—convince the college professor to act in his show.

But a misplaced sext, almost kiss, and crazy co-actress later, what started out as a simple solution turns into a problem of its own... 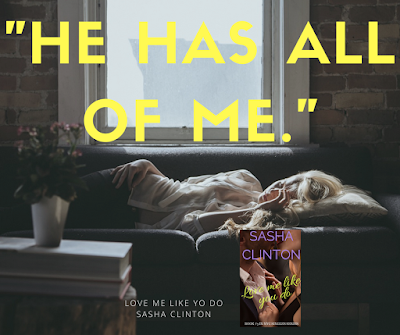 Will be available tomorrow, November 26!


What were the odds of meeting your future husband at Trader Joe’s?

Because that might’ve just happened. Seriously. 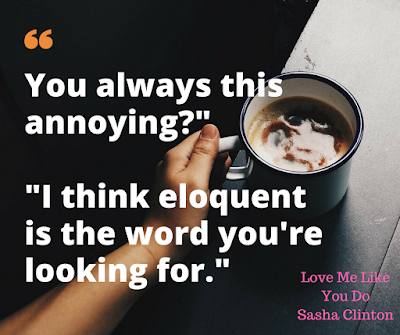 “Hi, I was wondering if....” Bella stammered to the cute guy she’d spotted checking out Brussel spouts.

Don’t, don’t, don’t. She wasn’t going to make a fool of herself by approaching a random stranger, telling him that she found him sexy and giving him her number. Only desperate women did that.

Well, she was desperate. But still.

No, she needed to start a conversation. Flirt up a storm. Get him to ask for her number.

“...interested in telling me where you found those—” Scanning his cart, she named the first item she saw. “…carrots?”

“They’re right here,” he said, pointing to the heaps of carrots that were right under her nose.

Wow, that was embarrassing.

“Thanks.” Bella moistened her lips, hoping that would take his attention off her stupidity. “You know...I’m visually impaired sometimes.”

Wait...what was she saying? She wasn’t visually impaired. “I mean, I can see well most of the time, but I can’t see well sometimes.”

“Medical condition?” His voice was sympathetic.

Her nod was embarrassingly vigorous. “Right.”

“What’s it called?” Interest flickered in his gray eyes. “If you don’t mind telling me. I’m a doctor. An ophthalmologist. I’ve never heard of a condition like yours. I’m curious.”

Bella’s flirtatious grin slid right off her face. Of everything he could be, he had to be an ophthalmologist, didn’t he? Why was her luck so screwed?

“I don’t know what it’s called...um...are you shopping by yourself?” she stammered, trying to divert him from her medical condition.

He shrugged casually. “With my partner. He’s over there.”

His gaze darted to a man by the freezer. Equally handsome. Equally gay.

She should’ve seen that coming.

“Great.” Bella’s voice dropped faster than the price of stocks in a recession. “Nice talking to you.”

Turning on her heel, she almost raced down the aisle, not even stopping for Cookie Butter, which she knew she needed to get. Her lip jutted out as she closed her eyes, and her inner critic started nagging her. She was such an idiot sometimes. 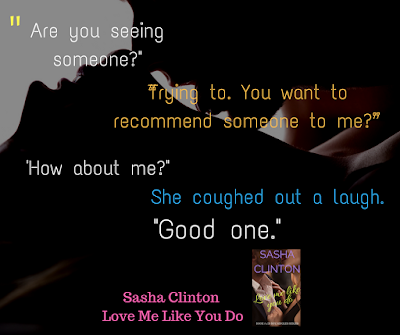 Not paying attention, she stopped when she bumped into something hard.

A shoulder. Someone’s shoulder. Before she could blink, he said, “I’m sorry.”

The clearest pair of blue eyes she’d ever encountered appraised her, and she tumbled back, involuntarily. 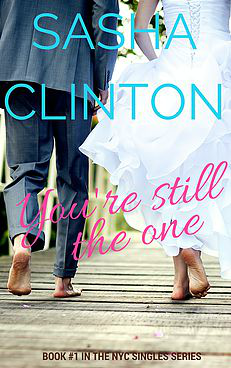 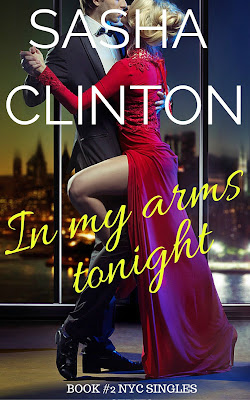 
Sasha Clinton discovered romance novels at the age of thirteen and has been addicted to the genre ever since. After getting a degree in Chemical Engineering and realizing that there was no way she could ever be an engineer, she decided to follow her passion and write romance novels. Sasha has lived in New Delhi, Melbourne, Manchester and Boston and continues to move frequently. But wherever she is, she’s hard at work on her next book.