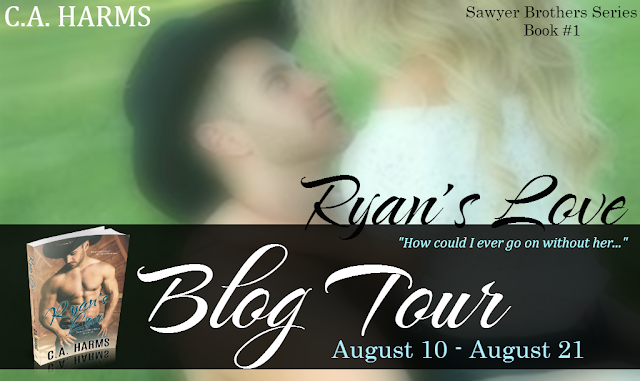 RYAN'S LOVE
Author: C.A. Harms
Series: Sawyer Brothers #1
Genre: Contemporary Romance
Publisher: Limitless Publishing
Release Date: August 11, 2015
- SYNOPSIS -
One of the hardest things I have ever had to do was bury my wife.

Make sure you check out the sexy cowboy on the farmer.  He is exactly what I picture as Ryan.
- PURCHASE -
#KindleUnlimited ~ http://amzn.to/1KbN83b 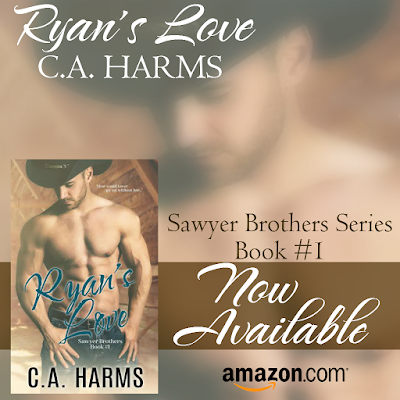 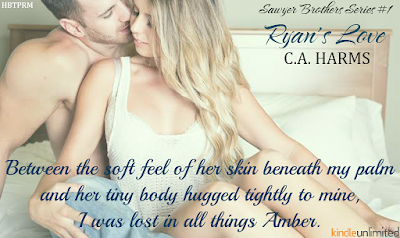 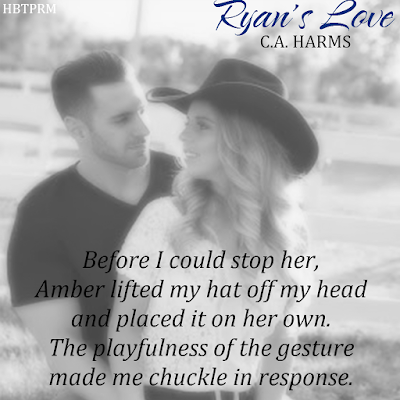 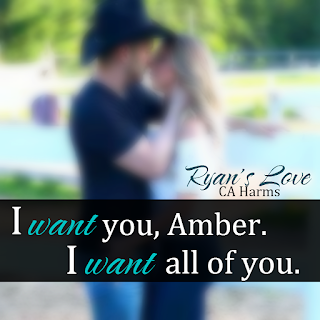 As of December 1, 2009, According to The Federal Trade Commission (FTC),  product reviewers on blogs must disclose whether they received products for free or received payment for their review.
The books I review on this site ( A Soccer Mom's Book Blog) are sent to us by publishers, authors or downloaded from Netgalley. This is a very common practice.  I never take payments for these reviews and all the reviews on this site are our own thoughts and feelings and are not influenced.
Posted by A Soccer Mom's Book Blog at 5:00 AM