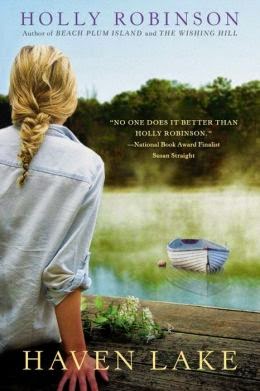 Sydney Bishop hasn’t returned to Haven Lake, her idyllic childhood home, since a pair of shocking, tragic deaths shattered her family when she was only sixteen. Now a child psychologist engaged to marry a successful surgeon, Sydney has worked hard to build a relationship with Dylan, her fiancé’s teenage son, so she feels nothing but empathy when he runs away—until she discovers that his hitchhiking journey has led him to Haven Lake and her mother Hannah’s sheep farm.

Sydney returns to Haven Lake for the first time in twenty years to coax the boy home. Against her daughter’s wishes, Hannah offers to take Dylan in until he’s ready to reveal his own troubling secrets. Now, for Dylan’s sake as well as their own, Sydney and Hannah must confront the devastating events that tore them apart and answer the questions that still haunt their family—and the suspicious surrounding community—about what really caused two people to die on their farm those many years ago.

How difficult is it to forgive and move past your history?  The idea that Sydney stayed away from Haven Lake for twenty years just to avoid dealing with everything that happen there was shattering.    The life she grew up with was different from the “normal”, but it was her life and she loved it.   The memories she had before that horrible series of events were perfect and she loved them.    When things went bad, they went really bad.   Sydney is a strong character.  She was able to escape her past and make herself successful in the real world.   Yet, she has to deal with her past.

Gary, Sydney’s fiancé, is not a likable character.   He is very selfish and standoffish.    I understand that he also has some past that he is trying to deal with.   Yet, he does nothing to help his fiancé, other than criticize her every move, or his son, Dylan.    I struggled with everything that Gary said and wanted Sydney to just get out of that relationship.  By the end of the story, I felt that he was coming around, but still had a long way to go.

Dylan is by far my favorite character.   He was dealt a horribly blow when his mother was killed in an accident.  He strikes out against those who love him and are trying to keep him safe.   Yet, he manages to stand on his own two feet and be himself.   He finds what he loves and proves to himself and everyone else that he is not a lost cause.   As a teenager, he gets his life together and I have no doubt he will become successful.

This is a long book.   But every page is wonderful.   I started it and could not put it down.   When I did put it down I continued to think about the story and the characters.    The story was realistic, the characters were believable.  This is a perfect read.  I recommend it.