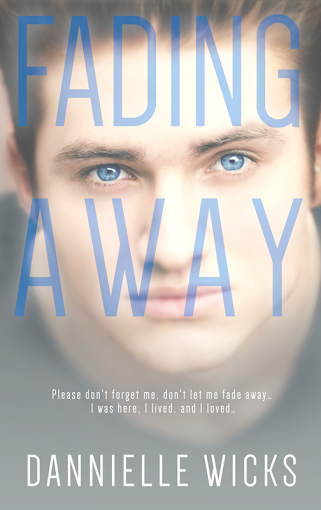 One night.
One stupid mistake.
Changes everything.

SAMMY STEVENS was tragically orphaned at the age of nine and sent to live with a foster family in the town of Miakoda Falls.
She’s constantly bullied at school by the arrogant, selfish, one and only… KAI JORDAN.
Kai is your typical entitled teen who’s on the verge of attending a university and having everything he ever wanted handed to him.

But all that changes when he is involved in a car accident after a night of partying…
He’s suddenly and painfully brought into the world of the supernatural.
Kai turns to the last person he ever would’ve expected, Sammy, as he struggles with his new identity and watches the people closest to him move on. And he is forgotten.

As Kai and Sammy grow closer, Kai must figure out a way to either fight to stay human or risk being stuck forever, as a prisoner of his own body… 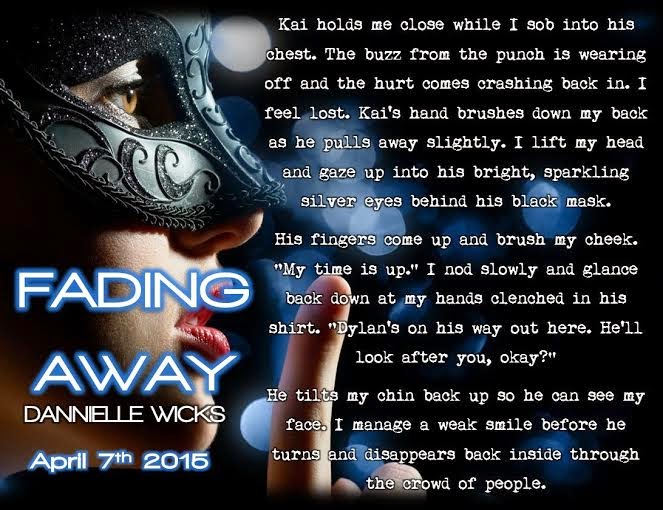 Excerpt
-- My door swings open before I reach it and I smack into a naked chest.
“Oh. Sorry.” My face heats up in embarrassment. Kai smirks down at me and walks past. “Hey!
Where are you going?”
He doesn’t stop as he looks over his shoulder. “I heard Ashlee leave.”
“Kai! Come back here!” I yell and follow after him down the stairs and into the main hallway. “You can’t just walk around the house. What if Ashlee comes home? She’s not going to knock; she’s just going to walk in. This is her house. Besides, she said she would be right back.” 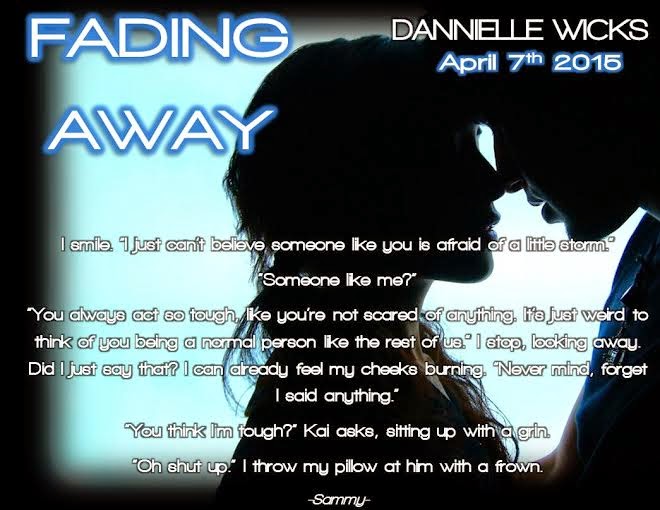 Kai stops so suddenly I nearly collide with him again. “You worry too much, Sammy.” I narrow my eyes. He’s started calling me by my nickname. I’m not sure if I’m okay with that.
“Aren’t you cold?” I challenge, referring to his naked top half. Not that I’m complaining, but I know for a fact he owns a t-shirt and it’s like minus a million in here.

A brilliant smile lights up his face. “Nope.”
As if on cue, the front door clicks open and Ashlee shuffles in, hands full of plastic bags. “Sam! I’m back with the Chinese! Get your butt down here!”
Kai turns to me, silver eyes wide. As soon as Ashlee rounds the corner from the front door she’ll see him. “I told you,” I whisper frantically as I drag him into the small hall closet. 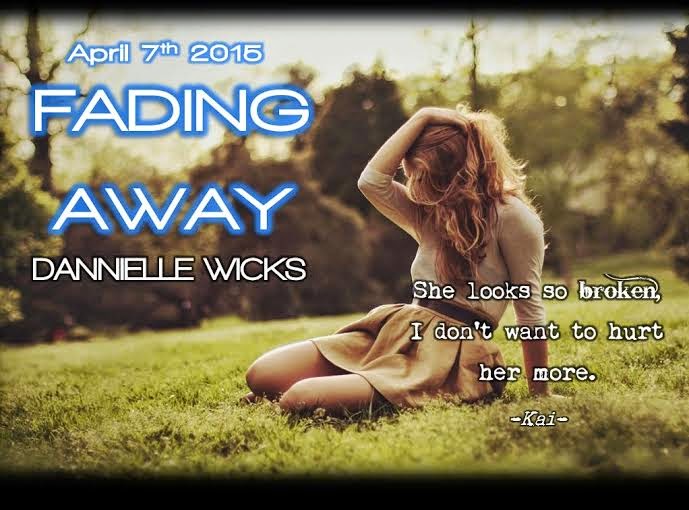 “Sam?” Ashlee’s voice sounds so close, she must be just outside the door. I exhale a heavy breath as her footsteps echo up the stairs away from us. The light seeping under the door makes everything look dark grey. I realize then that my hands are pressed up against Kai’s bare chest and he has his arms wrapped tightly around me. We both let go at the same time and look away.
“I understand why I’m hiding in the closet,” Kai whispers, his breath tickling the hair on top of my head. “But why are you in here with me?” I glance up to see his quirked eyebrow, and scowl at him, pressing my lips together tightly.
“Shut up! I didn’t exactly have time to think this through, okay?” His quiet chuckle echoes through the small space, I narrow my eyes in annoyance and twist to stare at the gap under the door. 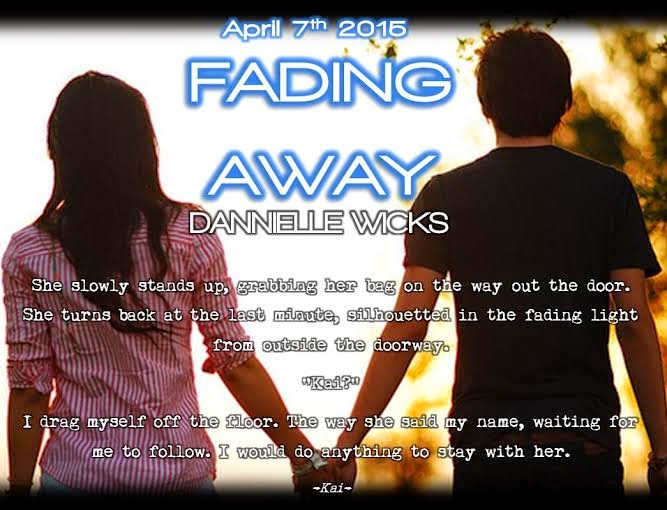 I can feel the heat radiating off Kai’s skin. I slowly lift my head to look back up at him. He’s gazing down at me with his mouth slightly open, his silver eyes glitter in the dim light. The atmosphere becomes heavy and tense, crackling with electricity; I’m caught in his gaze, slowly leaning closer to him. His hands come up and barely brush my arms. I inhale a shaky breath and take a half step back, biting my lip. My back hits the wall of the closet with a soft thump, breaking the spell. Kai’s eyes widen and he looks away quickly.
“I should get out there, before she sends a search party.”
He nods, still not looking at me and I move to open the door. 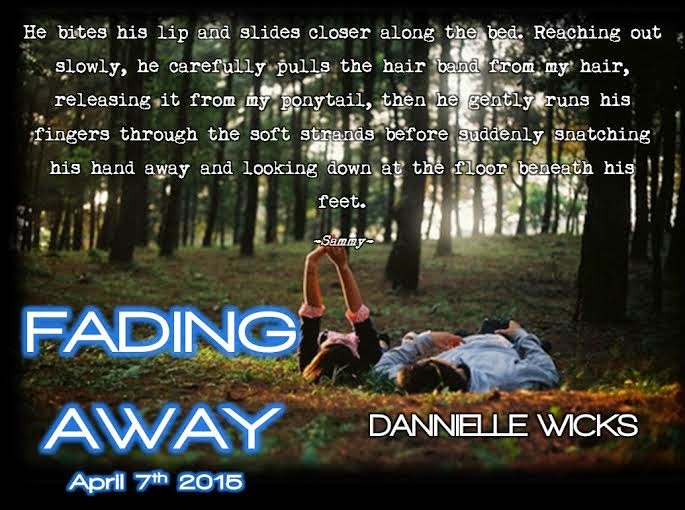 “I’ll save you some dim sum?” The corner of my mouth lifts in a small smile; I grasp the door knob and slip out of the closet. I shut the door behind me with a snick and lean back against it, shaking my head. What was that? Pushing off the door, I walk down the hall into the kitchen to find Ashlee… --


Dannielle Wicks
Currently lives in the town of Kingaroy, Queensland in Australia. She is a TV show nerd and lover of cars. She has always had a love for writing, even in school. She used to hide her writing notebook inside her textbooks just so the teacher wouldn’t notice what she was up to. She loves reading, especially paranormal romance. When she’s not writing or working, she competes in Speedway Sedan Racing across the state. 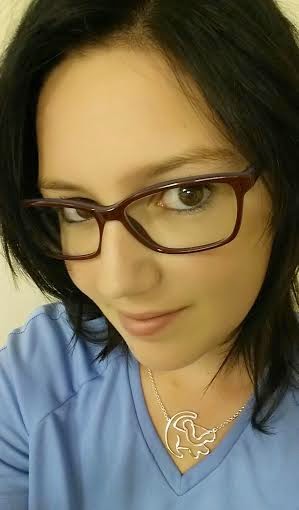 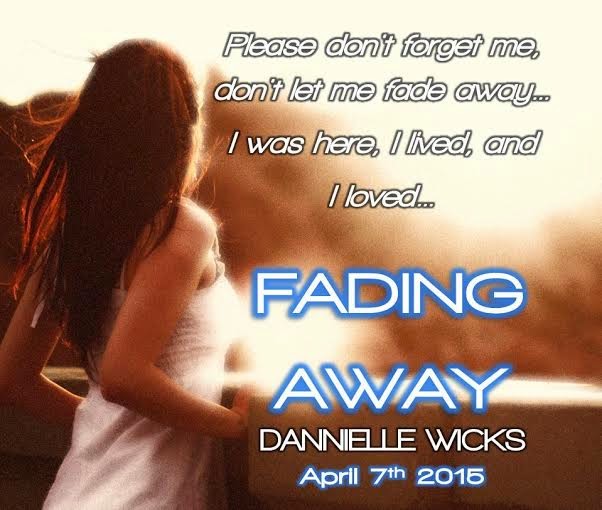