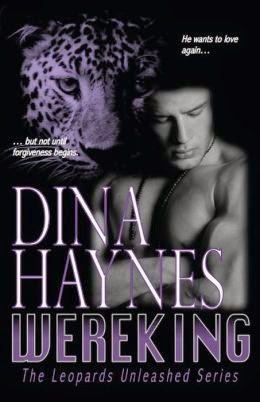 A lifetime of taking orders and being bullied by his mate, Brom douses the pain on a diet of alcohol and drugs. She proved to have more staying power in death than he ever feared while she was alive. As she haunts him from the recesses of his mind, he goes on a killing spree des-perate to find someone who could lay waste to his six-foot five-inch frame.

Love had only led him down a path of destruction. The most important casualty was his daughter, MacKenzie, whose life he forever scarred. After a typical night of booze and an un-characteristic one-night stand, he wakes up beside a human female. Brom gave up any notions of love long ago, nor did he think he was capable, but a human? Now that he’s finally got a foot-hold on patching things up with his daughter, he’s got to go through it all over again, with…

Siddhima (Sid) strolls through life, having escaped the confines of traditional marriage. That freedom hasn’t brought her any closer to happiness until an unwitting encounter with the King of Wereleopards. Their relationship is the ultimate disgrace, though, especially after the carelessness of unsafe sex. And when her powerful witch of a mother finds out, so does her pa-tience run out.

But Sid can’t stop loving that were of hers. Nor can she stop her mother from doing what it takes to keep the two apart.

This is the second book in the Leopards Unleashed series and it picks up exactly where the first one left off.    Brom, the wereleopard king, is the main character and the story is told from his point of view.    The characters from the first book are seen throughout this book, which I love.

When Siddhima gets under Brom’s skin you know it is going to be a fun ride.   This relationship is so unlikely to be successful that I could not help but keep reading to see how it would end or continue.   I was not sure which I was hoping for.   Brom is trouble, big trouble.    Yet, Sid cares about him, a lot.    He gets under her skin and she just cannot shake him.  They are drawn to each other, care for each, and somehow understand each other.   Very quickly they are unable to be apart and things get very interesting.   I cannot wait for more from these two.

Dina Haynes is a new author for me.   I love paranormal books and this series is at the top of that list.  It is not what I would consider a “normal” paranormal story.   There is sex, controversy, and shape shifting, yet there is so much more.   There is a true story to this book.   There is drama and intrigue included in this story.   I definitely recommend checking out this series.