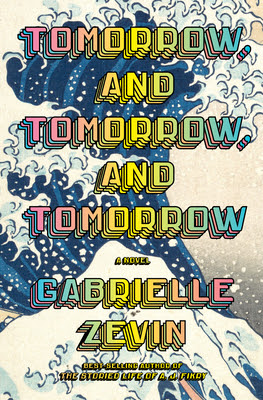 Taken from Goodreads:  In this exhilarating novel by the best-selling author of The Storied Life of A. J. Fikry two friends--often in love, but never lovers--come together as creative partners in the world of video game design, where success brings them fame, joy, tragedy, duplicity, and, ultimately, a kind of immortality.

On a bitter-cold day, in the December of his junior year at Harvard, Sam Masur exits a subway car and sees, amid the hordes of people waiting on the platform, Sadie Green. He calls her name. For a moment, she pretends she hasn't heard him, but then, she turns, and a game begins: a legendary collaboration that will launch them to stardom. These friends, intimates since childhood, borrow money, beg favors, and, before even graduating college, they have created their first blockbuster, Ichigo. Overnight, the world is theirs. Not even twenty-five years old, Sam and Sadie are brilliant, successful, and rich, but these qualities won't protect them from their own creative ambitions or the betrayals of their hearts.

Spanning thirty years, from Cambridge, Massachusetts, to Venice Beach, California, and lands in between and far beyond, Gabrielle Zevin's Tomorrow, and Tomorrow, and Tomorrow is a dazzling and intricately imagined novel that examines the multifarious nature of identity, disability, failure, the redemptive possibilities in play, and above all, our need to connect: to be loved and to love. Yes, it is a love story, but it is not one you have read before.

My Thoughts:  I am not anything close to a gamer, I play solitaire sometimes on my tablet, yet this book is wonderful.   I really enjoyed Sam and Sadie.   Their relationship of being just friends was unique and perfect.  Whether they were working together, gaming together, or just being together they understood each other, they respected each other, and they love each other. 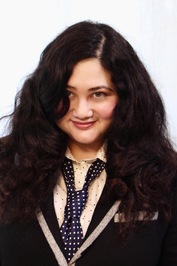 Meet Gabrielle Zevin (taken from her website):  GABRIELLE ZEVIN is an internationally best-selling and critically acclaimed author, whose books have been translated into thirty-nine languages.

The Storied Life of A.J. Fikry spent several months on the New York Times Best Seller List, reached #1 on the National Indie Best Seller List, was a USA Today Best Seller, and has been a best seller all around the world. A.J. Fikry was honored with the Southern California Independent Booksellers Award for Fiction and the Japan Booksellers’ Prize, and was long listed for the International Dublin Literary Award, among other honors. The Toronto Globe and Mail called the book “a powerful novel about the power of novels.”

Her debut, Margarettown, was a selection of the Barnes & Noble Discover Great New Writers program and was long-listed for the James Tiptree, Jr. Award. The Hole We’re In was a New York Times Editor’s Choice title. Of The Hole We’re In, The New York Times Book Review wrote, “Zevin breathes real life into this tough-girl vet, a heroine for our times, recognizable from life but new to fiction.” Young Jane Young won the Southern Book Prize and was one of the Washington Post’s Fifty Notable Works of Fiction. In a starred review, Kirkus Reviews wrote, “This book will not only thoroughly entertain everyone who reads it; it is the most immaculate takedown of slut-shaming in literature or anywhere else. Cheers, and gratitude, to the author.”

She has also written books for young readers. Elsewhere was an American Library Association Notable Children’s Book, a finalist for the Quill Award and the California Young Reader Medal, and was long listed for the Carnegie Medal. It won the Borders Original Voices Award, the Ulmer Unke, and the Sakura Medal. Of Elsewhere, the New York Times Book Review wrote, “Every so often a book comes along with a premise so fresh and arresting it seems to exist in a category all its own… Elsewhere, by Gabrielle Zevin, is such a book.” It was recently named to Time magazine’s 2021 list of the 100 Best YA Novels of All Time.

She is the screenwriter of Conversations with Other Women (Helena Bonham Carter) for which she received an Independent Spirit Award Nomination for Best First Screenplay. She and director Hans Canosa adapted her novel Memoirs of a Teenage Amnesiac (ALA Best Books for Young Adults, NYPL Books for the Teenage) into the Japanese film, Dareka ga Watashi ni Kisu wo Shita. She has occasionally written criticism for the New York Times Book Review and NPR’s All Things Considered, and she began her writing career at age fourteen as a music critic for the Fort Lauderdale Sun-Sentinel. Her Modern Love column was recently read by Sandra Oh for the Modern Love podcast. The film version of The Storied Life of A.J. Fikry, for which Zevin wrote the adaptation, will go into production at the end of 2021.