Book Review for A Face to Die For by Iris Johansen

A Face to Die For by Iris Johansen 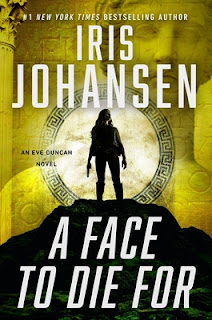 Taken from Goodreads:  Eve Duncan attempts to unearth one of history’s mostintriguing lost secrets in this adventure ripped from the pages of Greek mythology, by #1 New York Times bestselling author Iris Johansen.

Archaeologist Riley Smith has been obsessed with Helen of Troy since she was a small girl, trailing her professor father all over the world in search of the tomb of the world’s most beautiful woman. Professor Smith put his life on the line to prove that, instead of a myth, Helen had been a living, breathing queen.

Riley seeks the help of forensic sculptor Eve Duncan, who has the unusual skills necessary to recreate the face that launched a thousand ships—revealing Helen’s true appearance for the first time in history. But convincing Eve to take on the challenge will be difficult because her efforts could come at great personal risk to her and her family…

Tomb raiders have murdered Riley’s father, and now she is more determined than ever to reach the burial site first, avenge his death, and enlist Eve’s aid. Also on hand to help is dashing fixer and treasure hunter Michael Cade, but could he have his own secret agenda when it comes to finding Helen?

Now both Riley and Eve are in danger and in a race across one of the most remote parts of the world. All they have is their trust in each other and their belief in a dream as they hunt for Helen.

My Thoughts :  A Face to Die For is book 28 in the Eve Duncan series.  Iris Johansen does an amazing job writing each book as a stand-alone.  The book starts with an introduction to the characters and a catch up on their history.   It then falls right into the story of Riley and Eve finding Helen of Troy.

I have not read all 28 books, but I have read many of them.  I am starting to feel that the books are becoming repetitive.  The story in this book lacked the action of some of the past books and the mystery of them also.  I felt like I had already read this book, just some of the characters are different.    Eve did the reconstruction, the bad guys wanted the treasure, Joe makes a plan, everyone is safe.

I think I will give this series a break from reading future books for a while, but I have been a fan of Iris Johansen for so long that I will have to give her another chance.

** I bought this book myself and the opinions are my own. 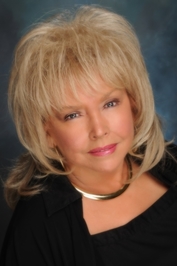 Johansen began writing after her children left home for college. She first achieved success in the early 1980s writing category romances. In 1991, Johansen began writing suspense historical romance novels, starting with the publication of The Wind Dancer. In 1996 Johansen switched genres, turning to crime fiction, with which she has had great success. She now has over 30 consecutive New York Times bestsellers.

Johansen divides her time between Florida and Georgia.  Her son (and frequent collaborator) Roy Johansen is an Edgar Award-winning screenwriter and novelist. Her daughter, Tamara, serves as her research assistant.