From Goodreads:  From Hazel Gaynor and Heather Webb, the bestselling authors of Meet Me in Monaco, comes a coming-of-age novel set in pre-WWII Europe, perfect for fans of Jennifer Robson, Beatriz Williams, and Kate Quinn.

Three cities, two sisters, one chance to correct the past . . .

New York, 1937: When estranged sisters Clara and Madeleine Sommers learn their grandmother is dying, they agree to fulfill her last wish: to travel across Europe—together. They are to deliver three letters, in which Violet will say goodbye to those she hasn’t seen since traveling to Europe forty years earlier; a journey inspired by famed reporter, Nellie Bly.

Clara, ever-dutiful, sees the trip as an inconvenient detour before her wedding to millionaire Charles Hancock, but it’s also a chance to embrace her love of art. Budding journalist Madeleine relishes the opportunity to develop her ambitions to report on the growing threat of Hitler’s Nazi party and Mussolini’s control in Italy.

Constantly at odds with each other as they explore the luxurious Queen Mary, the Orient Express, and the sights of Paris and  Venice,, Clara and Madeleine wonder if they can fulfil Violet’s wish, until a shocking truth about their family brings them closer together. But as they reach Vienna to deliver the final letter, old grudges threaten their reconciliation again. As political tensions rise, and Europe feels increasingly volatile, the pair are glad to head home on the Hindenburg, where fate will play its hand in the final stage of their journey.

My Thoughts:  Three Words for Goodbye is a story set in Europe pre–World War 2.  The look at the world as it seems unaware of the war that is heading for them was interesting but also scary.  While there was talk of Hitler and his army, it was mostly about two estranged sisters who vow to carry out their dying aunts last wishes.  In doing so they get the extraordinary opportunity to visit three historic cities and learn about the aunt’s life before she was their aunt.

The relationship between Clara and Madeleine was tough.  They did not see eye to eye on anything except that they had to follow Violet’s plan and fulfill her wishes.   In their traveling they meet interesting people, see amazing places but most of all they learn to rely on each other.  They see things that they will never forget while making memories to last a lifetime.

This is a historical fiction story, but it had many twists.   There were unexpected discoveries, secrets revealed, pasts forgiven but not forgotten, and families reacquainted.  I loved every word in this book.   The descriptions of the people, locations, and surroundings brought the story to life while the emotions and reactions of the characters made them real.   I was unable to put the book down and recommend picking up your own copy and losing yourself in the travels of two sisters, following their aunts last wishes.

**Thank you, Heather Webb, and NetGalley for a copy of the book in exchange for my honest review. 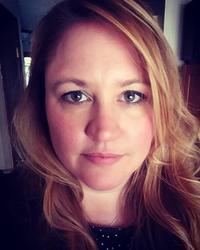 Meet Heather Webb…Heather Webb is the USA Today bestselling and award-winning author of seven historical novels. In 2015, Rodin’s Lover was a Goodread’s Top Pick, and in 2018, Last Christmas in Paris won the Women’s Fiction Writers Association STAR Award. Meet Me in Monaco, was selected as a finalist for the 2020 Goldsboro RNA award in the UK, as well as the 2019 Digital Book World’s Fiction prize. To date, Heather’s books have been translated to over a dozen languages.  She lives in New England with her family and one feisty rabbit.

Heather’s next solo novel, The Next Ship Home, is inspired by true events and reveals the dark secrets of Ellis Island as two unlikely friends challenge a corrupt system, altering their fate and the lives of the immigrants that come after them. Stay tuned through her newsletter for updates on the release date in early 2022 from Sourcebooks.

Heather has also joined forces again with her beloved writing partner, Hazel Gaynor, for a third collaboration, Three Words for Goodbye, in which two feuding sisters travel to Europe at their grandmother’s last request, only to be faced with one of the most devastating disasters of the 20th century. Coming July 2021 from HarperCollins. 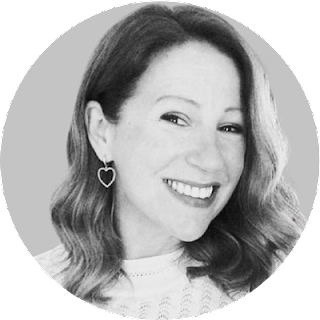 Meet Hazel Gaynor…Hazel Gaynor is an award-winning, New York Times, USA Today, Irish Times and international bestselling author. Her most recent historical novel, set in China during WW2, published as THE BIRD IN THE BAMBOO CAGE, in the UK, Ireland, Australia and New Zealand, and as WHEN WE WERE YOUNG & BRAVE in the USA and Canada, was an Irish Times bestseller, a National Bestseller in the USA and was shortlisted for the 2020 Irish Book Awards. Her next novel, THREE WORDS FOR GOODBYE, co-written with Heather Webb,  will be published in the USA and Canada in July 2021, and in the UK and Ireland in September 2021.

Hazel’s 2014 debut novel The Girl Who Came Home—A Novel of the Titanic won the 2015 Romantic Novelists’ Association Historical Novel of the Year, A Memory of Violets, was a 2015 WHSmith Fresh Talent pick, The Girl from The Savoy was shortlisted for the 2016 Irish Book Awards, and The Lighthouse Keeper’s Daughter was shortlisted for the 2019 Historical Writers’ Association Gold Crown Award.

Last Christmas in Paris (co-written with Heather Webb) won the 2018 Women’s Fiction Writers Association STAR Award. Their second collaboration, Meet Me In Monaco, was shortlisted for the 2020 Romantic Novelists’ Association Historical Novel of the Year.

Hazel was selected by Library Journal as one of Ten Big Breakout Authors for 2015. Her work has been translated into seventeen languages and is published in twenty-three countries to date. She is also co-founder of creative writing events The Inspiration Project, with authors Catherine Ryan Howard and Carmel Harrington. Hazel lives in Ireland with her husband and two children. She is represented by Michelle Brower of Aevitas Creative Management, New York.