The Personal Librarian by  Marie Benedict and Victoria Christopher Murray 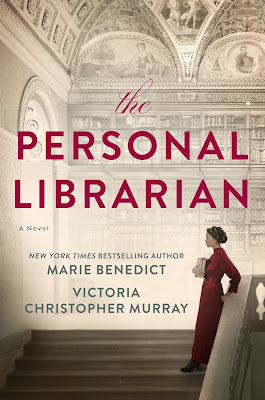 In her twenties, Belle da Costa Greene is hired by J. P. Morgan to curate a collection of rare manuscripts, books, and artwork for his newly built Pierpont Morgan Library. Belle becomes a fixture on the New York society scene and one of the most powerful people in the art and book world, known for her impeccable taste and shrewd negotiating for critical works as she helps build a world-class collection.

But Belle has a secret, one she must protect at all costs. She was born not Belle da Costa Greene but Belle Marion Greener. She is the daughter of Richard Greener, the first Black graduate of Harvard and a well-known advocate for equality. Belle's complexion isn't dark because of her alleged Portuguese heritage that lets her pass as white--her complexion is dark because she is African American.

The Personal Librarian tells the story of an extraordinary woman, famous for her intellect, style, and wit, and shares the lengths to which she must go--for the protection of her family and her legacy--to preserve her carefully crafted white identity in the racist world in which she lives.

Purchase your own copy on Amazon or Barnesand Noble 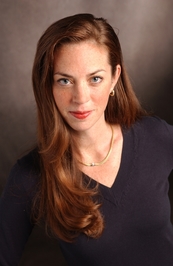 About Marie Benedict… Marie Benedict is a lawyer with more than ten years' experience as a litigator at two of the country's premier law firms, who found her calling unearthing the hidden historical stories of women. Her mission is to excavate from the past the most important, complex and fascinating women of history and bring them into the light of present-day where we can finally perceive the breadth of their contributions as well as the insights they bring to modern day issues. She embarked on a new, thematically connected series of historical novels with THE OTHER EINSTEIN, which tells the tale of Albert Einstein's first wife, a physicist herself, and the role she might have played in his theories. The next novel in this series is the USA Today bestselling CARNEGIE'S MAID -- which released in January of 2018 -- and the book that followed is the New York Times bestseller and Barnes & Noble Book Club Pick THE ONLY WOMAN IN THE ROOM, the story of the brilliant inventor Hedy Lamarr, which published in January of 2019. In January of 2020, LADY CLEMENTINE, the story of the incredible Clementine Churchill, was released, and became an international bestseller. Her next novel, the Instant NYTimes and USAToday bestselling THE MYSTERY OF MRS. CHRISTIE, was published on December 29, 2020, and her first co-written book, THE PERSONAL LIBRARIAN, with the talented Victoria Christopher Murray, will be released on June 1, 2021. Writing as Heather Terrell, Marie also published the historical novels The Chrysalis, The Map Thief, and Brigid of Kildare. 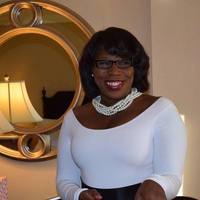 Meet Victoria Christopher Murray…A native of Queens, Victoria earned a B.A. in Communication Disorders from Hampton University and an MBA from New York University.  Victoria spent ten years in Corporate America before launching her entrepreneurial venture, a Financial Services Agency for Aegon, USA where she managed the number one division for nine consecutive years.

Dubbed a Christian Fiction writer because no one else was writing about religious topics, Victoria trailblazed the literary scene penning more than 30 novels, co-writing with other authors, and ghostwriting for top talent across the country.

Victoria lives in Washington, D.C. She is a jogger, doting grandmother, and a member of Delta Sigma Theta Sorority, Inc.