REVIEW for The Last Year of the War by Susan Meissner 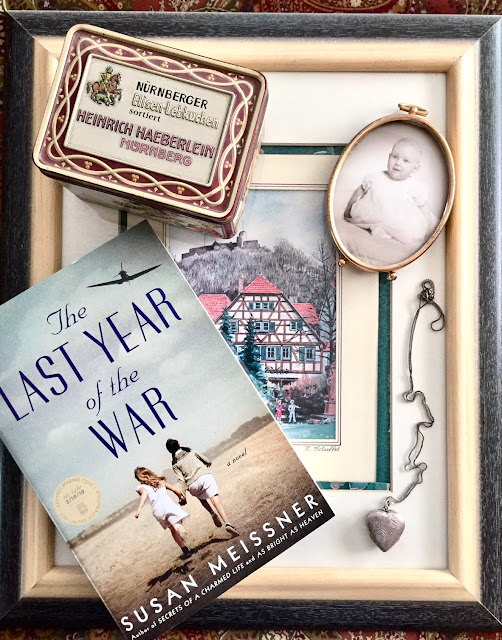 Elise Sontag is a typical Iowa fourteen-year-old in 1943--aware of the war but distanced from its reach. Then her father, a legal U.S. resident for nearly two decades, is suddenly arrested on suspicion of being a Nazi sympathizer. The family is sent to an internment camp in Texas, where, behind the armed guards and barbed wire, Elise feels stripped of everything beloved and familiar, including her own identity.

The only thing that makes the camp bearable is meeting fellow internee Mariko Inoue, a Japanese-American teen from Los Angeles, whose friendship empowers Elise to believe the life she knew before the war will again be hers. Together in the desert wilderness, Elise and Mariko hold tight the dream of being young American women with a future beyond the fences.

Elise Sontag is a wonderful character.   Even as a child she had such great insight into what was going on in the world.   She saw more than she should have, lived a tougher life that she deserved, and still managed to thrive in a time when nothing was easy.    When her life was uprooted she stayed strong for a mother who was not able to, cared for her brother, and did her best to keep life happy and easy for her family.     She quickly made friends with a Japanese-American, Mariko Inoue, which was unique since most children in the internment camp stayed with “their own kinds”.   I found it interested how much the girls had in common, how much they enjoyed each other’s company, all while having such a different upbringing.  It showed how much a teenage girl has in common with other teenage girls, no matter what their backgrounds are.

The Last Year of the War is an amazing historical fiction book.    It is the perfect WWII story, with the telling of life in internment camps, life in Germany during the war, and how life after the war was over was still affected by what happened during the war.   It is powerful, it is emotional, and it is an incredible journey.

Purchase your own copy at Amazon or Barnes and Noble
Posted by A Soccer Mom's Book Blog at 3:00 AM