RELEASE BLITZ & GIVEAWAY for Worth Fighting For by Amanda Kelley

Today we have the release blitz for Amanda Kelley’s Worth Fighting For! Check it out and be sure to grab your copy today! 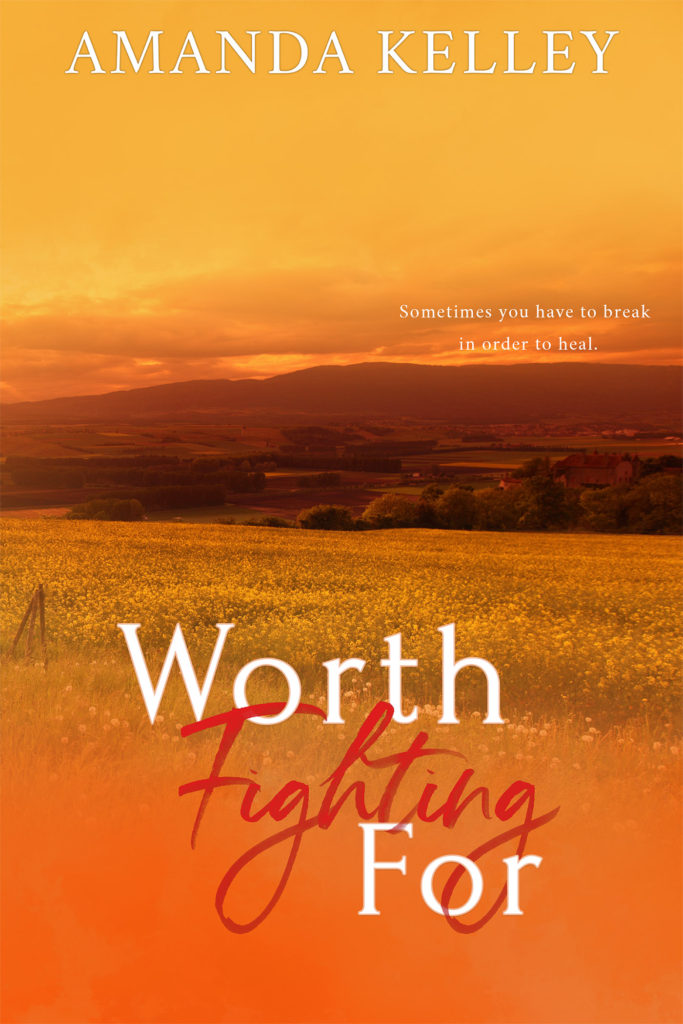 Title: WORTH FIGHT FOR

About Worth Fighting For:

Nothing in Kellen O’Connell’s life has come easy. He knows better than anyone that if you want something, you better fight for it.   When he finds himself drawn to a feisty kindergarten teacher, he realizes he’s going to have to fight harder than ever if he wants to know her secrets.   On the outside, Ali Crawford has it all. The perfect job. Great friends. A wonderful family. But she has demons, just like everyone else. There are things she’s never given a voice to, and they are relentlessly chipping away at her conscience.   Will she have the courage to trust the magnetic, if not annoyingly infuriating, Kellen with her past? Or will she let it ruin the best thing she’s ever known, as it turns her into someone she doesn’t even recognize?   If they can learn to trust each other, they might just find something worth fighting for.   *Intended for readers 18 years of age and up due to mature content.


Get Your Copy Now! 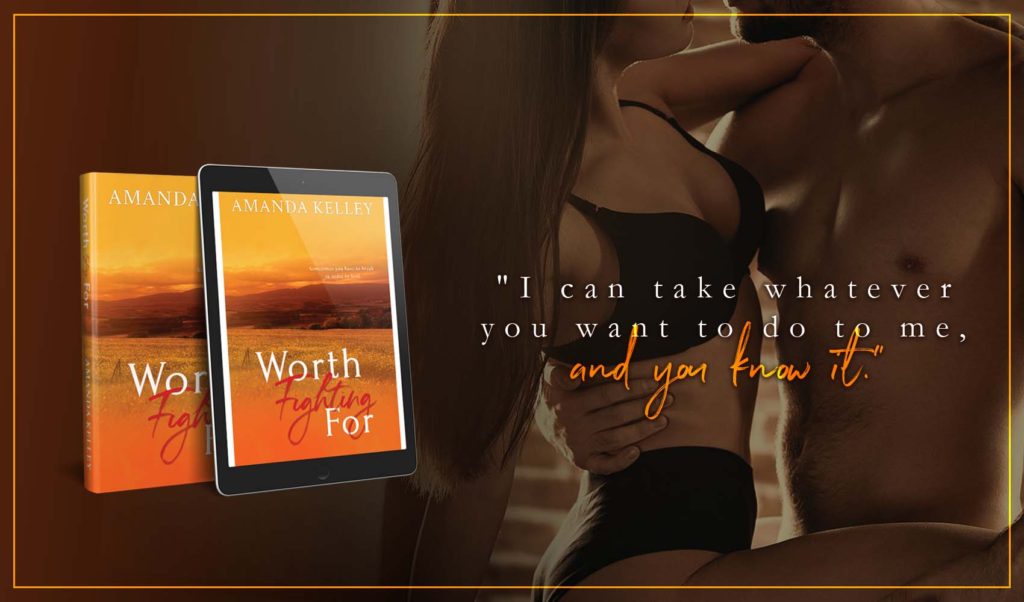 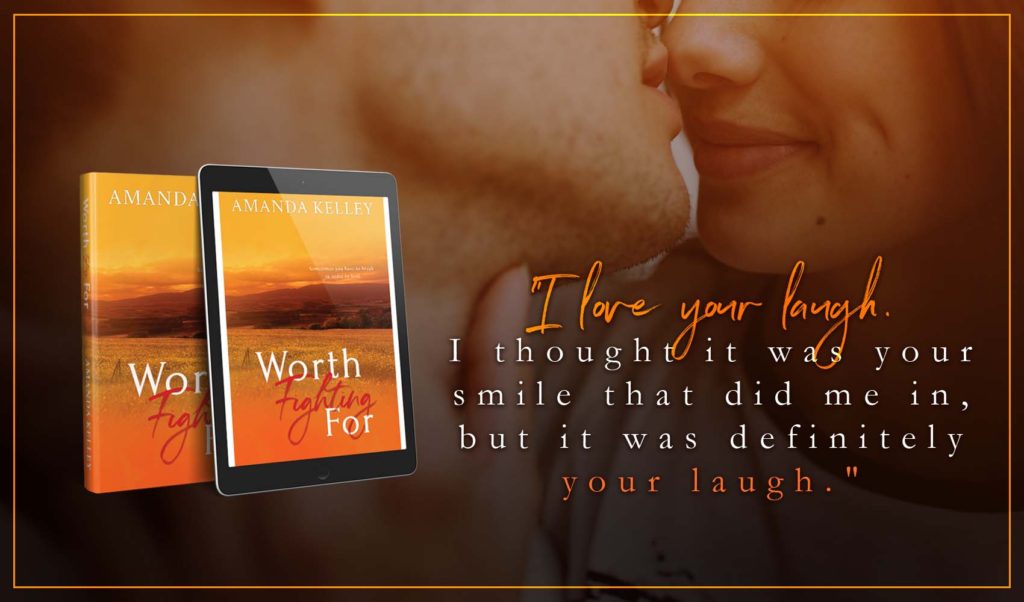 While the kids were held captive by one of the men donning a heavy tan fire suit, Ali felt someone come stand beside her. She glanced to her right and found Kellen. He seemed much bigger, standing shoulder-to-shoulder with her, than he had the other day. Ali wouldn’t consider herself short, and he still had at least six inches on her. “You doin’ okay?” he whispered, keeping his eyes trained forward. “Aces. Why do you ask?” “Oh, I don’t know. Could have something to do with the pale skin and choppy breathing. Or maybe it’s the way you’re swaying on your feet.” Crap. She hadn’t thought it was so noticeable. She caught the eye of one of her students who’d turned to talk to the boy next to him and motioned for him to be quiet and pay attention before she whispered back, barely moving her lips, “Occupational hazard. I’m fine.” “Of course you are, but why don’t you have a seat before you fall over?” Ali gritted her teeth. More than a little annoyed that he’d noticed. Annoyed that she felt like crap. Annoyed that he’d ordered her around. And annoyed that the pills were barely keeping her on her feet. “I said, I’m fine.” “Whatever you say, Ali Cat.” “Excuse me? Did you just call me an alley cat?” When he didn’t respond, she glanced up at him and found him completely relaxed, calmly watching the firemen who began taking questions from the kids. That only annoyed her further. “You know, in polite society, people don’t go around pointing out how crappy someone else looks.” “And, if you’d retract your claws a little, you’d realize I never said you looked crappy. I was simply asking if you were feeling okay.” Double crap. Ali closed her eyes. He was right, and she was being a bitch again. She had ninety more minutes before she could head home and quarantine herself—and her bitchiness—in a hot bath where she couldn’t infect anyone else. But there was something she needed to do first. “I’m sorry.” “Accepted,” Kellen easily returned. “No, not just for today,” she continued. “For last week in front of the diner. I was snippy that day, too, and you didn’t deserve it then any more than you deserve it now.” “Has everyone been graced with your sunny demeanor lately, or am I just that lucky?” She huffed out a surprised laugh. “You’ve been luckier than most.” “Any particular reason?” None that she was going to share. “Luck of the draw, I guess.” “Fair enough.” “And I appreciate your concern. Thank you for checking on me.” See, I can be nice. 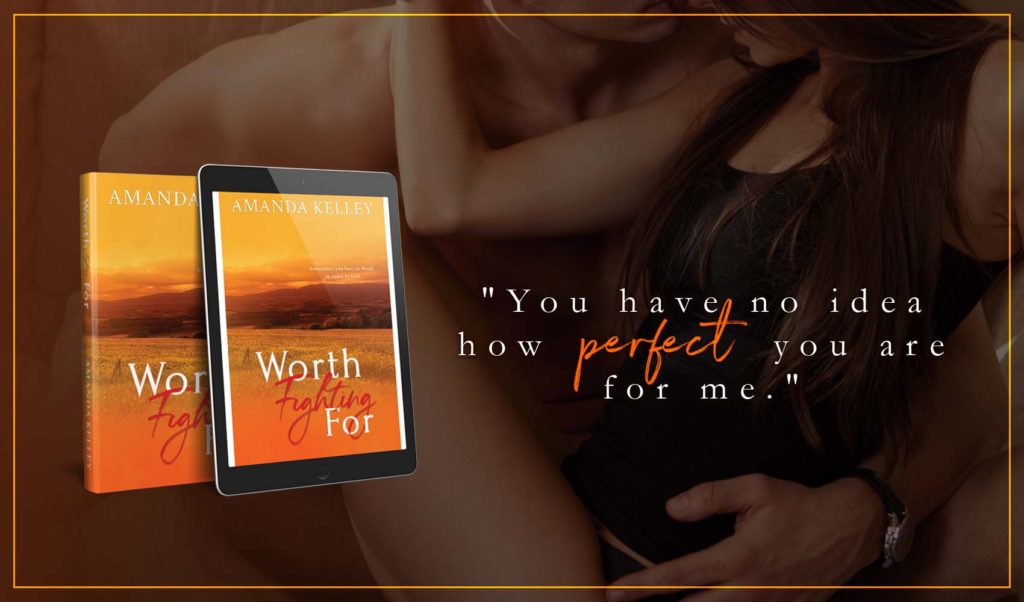 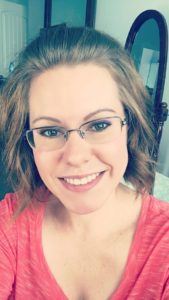 Amanda was raised in a small town in Wyoming where she met and married her high school sweetheart. Today, they live in Northern Colorado where she is lucky enough to be a stay-at-home mom to two incredible sons. When she is not attempting to write awesome love stories, she spends her days as a chauffeur, alarm clock, maid, nurse, chef, counselor, cheerleader, referee, finder of shoes and homework, giver of hugs, and pet whisperer. And she wouldn’t have it any other way. 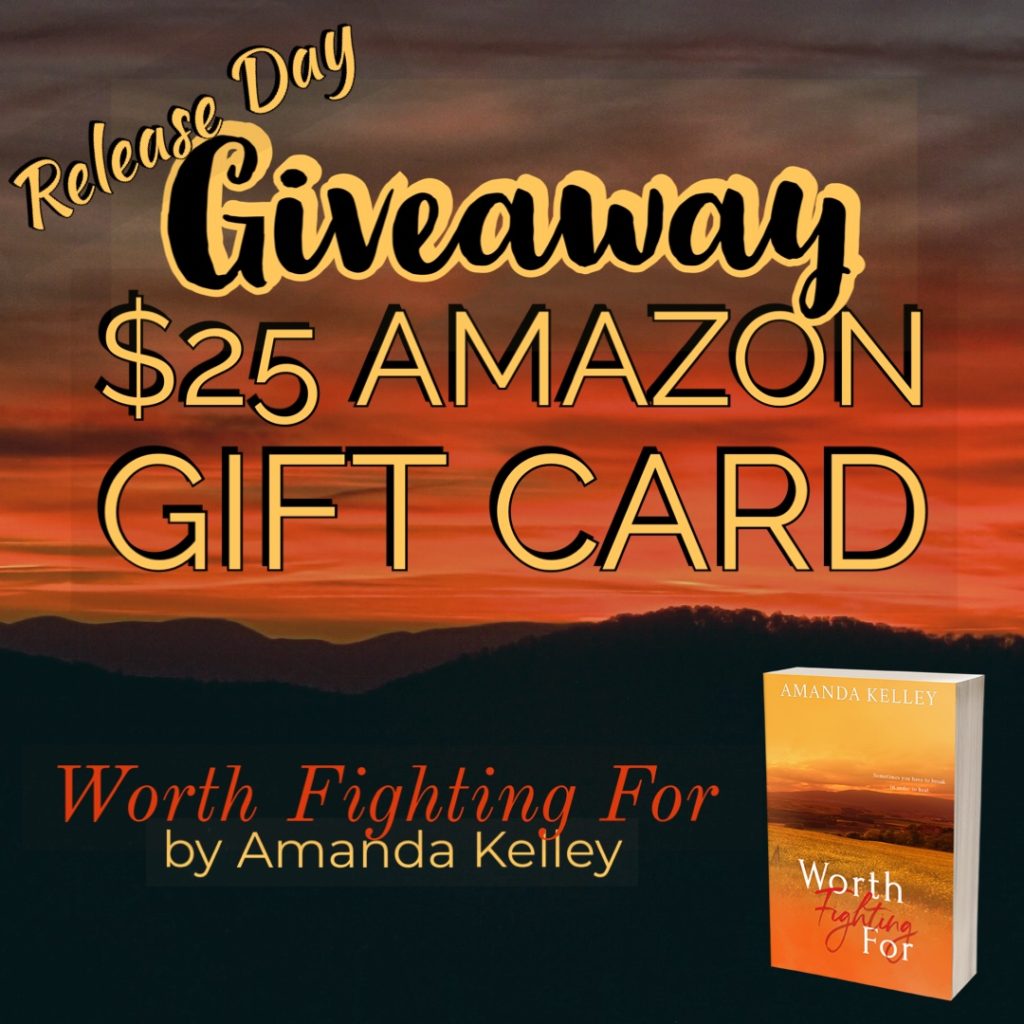