Of The Faye Series (book 2) by Mary Duke 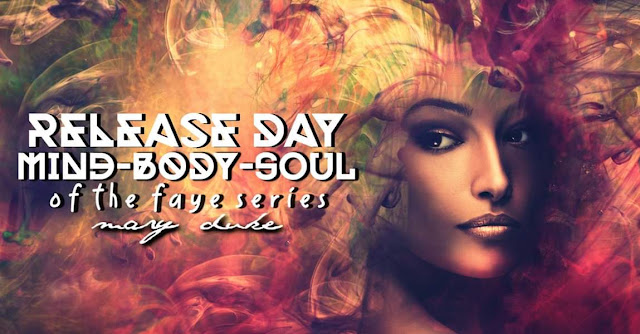 Sno was not alone when she was born with the mark of the moon goddess; the Faye’s Goddess.
There was another who bore the same mark; another who would wield the goddesses’ magic.

However, a prophecy split the Faye people. It read that one would destroy their way of life and the other would pull them from the ashes.

The prince was one of those who bore Ayana's mark and though the Queen was easily able to convince her people that their future leader would save their kingdom, she knew it wasn't the truth. She was willing to do whatever it took to save him from his true fate.
Would her thirst for power get in the way? 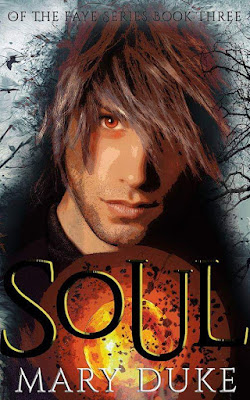 Preorder book 3 ~ Soul coming out Feb 13th
Sno has never had more decisions to make in her life, nor has she had consequences of each weigh on her so heavily.

Though in her heart she knows that she can't back down from the decisions she faces, there is no looking back.

With the help of Zavery, Illiah, and Thanatos, they're going to put an end to the war between the Faye and Demons but not in the way you would think.

Will Sno and Zavery survive this newly waged war with the Gods, or will Zavery's hatred for his mother destroy their one chance at a new life?
https://www.amazon.com/dp/B07ML4W8GK/ref=cm_sw_r_fa_dp_U_RTslCbDPGSYRZ 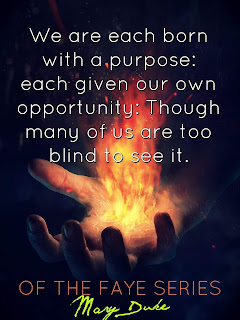 Check out Mary Duke today
Mary comes from a small town in rural Ohio. With a husband, three kids, a dog, a cat, and two beta fish (Fuzzy Blue, and Red Fish, if you were curious about their names,) her hands are kept busy. However, when she finds a way to escape reality, she twists words into worlds, fueling her alter-ego as the Realm Wrangler!
With her debut series, Bloodline that launched in August 2018, she has a full schedule of launches lined up to grab ahold of her readers, and drag them with her through several different adventures in 2019! Watch for her Of the Faye Series, The Dark Soul Hunters Series, and The Alyce Eryx Academy Series!
Follow links
Website: immaryduke.com
Facebook Page: https://www.facebook.com/iammaryduke/
Facebook Group: https://www.facebook.com/groups/MarysRealmKeepers/
Facebook Profile: https://www.facebook.com/ImMaryDuke
Instagram: https://www.instagram.com/immaryduke/
Pinterest: https://www.pinterest.com/ImMaryDuke/
Twitter: https://twitter.com/ImMaryDuke
Newsletter: https://immaryduke.us19.list-manage.com/subscribe?u=ec8032a4feacc003511b6d5e9&id=ad7bfde5f6
Bookbub: https://www.bookbub.com/authors/mary-duke
Amazon: https://www.amazon.com/Mary-Duke/e/B06XXSH272 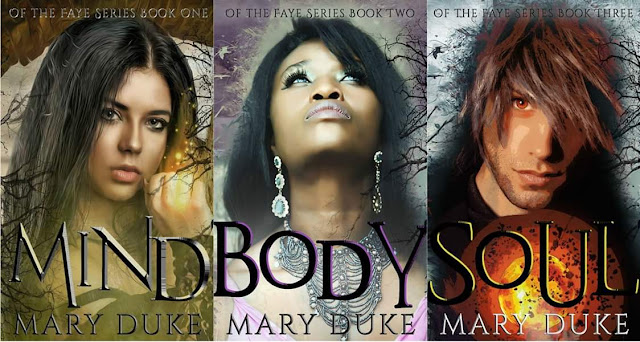