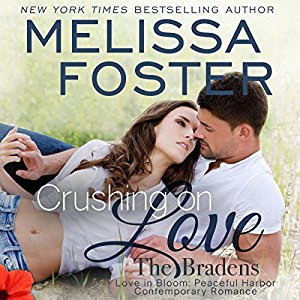 Steve Johnson is living his life's passion watching over the Colorado Mountains as a ranger and wildlife consultant. But his peaceful life is upended when overzealous and insanely beautiful Shannon Braden flits back into his life after returning from a brief trip home to Maryland. He thought his attraction to her was under control - after all, she's only in Colorado temporarily, and he doesn't do casual affairs.

Shannon's return to Colorado has as much to do with the game of cat and mouse she and Steve have been playing as it does the data she's been hired to collect. But despite her efforts to explore the undeniable heat simmering between them, Steve's intent on keeping his distance.

When a ranch abutting the national park goes up for sale, Steve will do whatever it takes to keep it from falling into the wrong hands. And when all his attempts fail, he's left with no alternative but to follow Shannon's guidance into the online world he abhors in order to raise the funds. The more time they spend together, the deeper their attraction becomes, and a game of cat and mouse turns into an unstoppable connection. But when Shannon's assignment comes to an end, will it mean an end to them, too?

If I could choose the perfect voice for Grizz and Shannon BJ Harrison would be it. He has the characters figured out. The feelings and emotions he portrays just using his voices is amazing.
Anyone who has followed my blog knows that I LOVE Melissa Foster and her Love in Bloom Series. This is my second favorite book in the series, my first being Treat Braden’s book ~Lovers at Heart. Steve.. Oh Steve. I wanted to climb that mountain and give him some company, even though he was seemed to be happy being a loner. I knew he needed company, I knew his soul mate was out there, and I was thrilled when Shannon Braden showed up on his mountain. She is exactly what he needed to shake up his life. Shannon Braden is chatty and outgoing, both things Steve Johnson is not. I knew that when I heard Shannon and Steve were going to be together it was going to be fireworks. Melissa Foster did not disappoint. The sparks flew, the heat was obvious, and there was never a doubt that these two were meant to be. Yet, I really enjoyed their honesty and conversations. They put it all on the table, telling what they were each looking for, and what they were willing to give up. These conversations showed just how true and worthy there were of finding each other and their true loves. This entire series is full of contemporary romances with amazing characters, wonderful happy ever afters, and hot sex! The characters are realistic and lovable. The settings are always amazing with the stunning mountains, exotic islands, beautiful beaches, and gorgeous ranches. But the best parts of Melissa’s stories are the relationship and friendships. They are the things that readers dream of. If there is any doubt… CHECK THIS BOOK OUT! Actually check this entire series out. This is truly a series that can be read in any order. The characters make appearances in each other’s books but each book has a beginning and an ending. There are no cliffhangers.

Purchase on Audible
Add to your MUST-LISTEN list on Goodreads