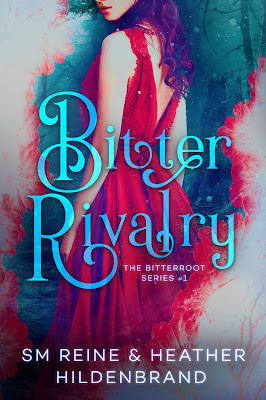 Seventeen year-old Regan Vuk has lived her whole life under the shadow of her future: the pack alpha. She is fast, smart, and determined. According to her own pack members, she is a shoo-in. But Regan’s dad has a secret.

Seventeen year-old Charlie spent her adolescence drifting from place to place with a mother desperate to hide her illegitimate daughter from the unforgiving reality of werewolf pack dynamics. All Charlie has ever wanted is to know her father--and the family that's been kept from her all these years. But most of all, she wants a place to belong in the world. Where she doesn’t have to pretend she can’t sprout fur and paws at will.

Being kidnapped on her way home from prom was not what she had in mind.
When Charlie finds out the only way to fit in with her new family is to defeat her long-lost sister for the role of alpha, she refuses. That is until she learns that the strange and alluring vampire she's befriended, Owen, is the same vampire prince that's been promised the winner.
Regan has no doubt that, although she loathes the vampires, it will be her who "wins" Owen.

Only problem: Charlie's already fallen for him.

Bitterroot is a 3-part novella series with a dose of sibling rivalry... Who will you root for? 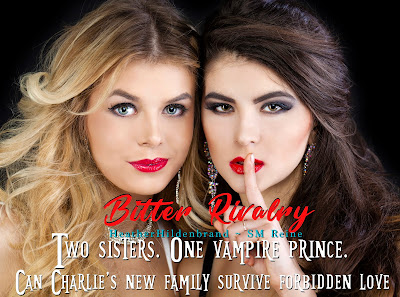 Wolves, vampires, long lost family, and secrets… sounds like the perfect book and it is!    Bitterroot is exactly what I hope for when I start a new paranormal series.    I like that the authors took the time to let the reader get to know the characters and that the characters have some depth, some charisma, and some spunk.     Being that many of the characters were teenagers it was fun to see them push the rules, sneak around, and be young and fun.

The storyline was unique in that the long lost family members were pitted against each other.    The father wants Charlie to come to her family, the family she didn’t even know existed, and follow the rules and accept what her future may hold.    That same father expects Regan to put aside what she thought was her future and accept that she has to fight her long-lost sister for what was to be hers.      It was interesting how these young women worked together and apart to figure out exactly what was to be expected of them and how they would make it work for them.     I liked that even though they were to fight each other it was evident that there were feelings developing between them and both were at odds at how to live up to the expectations without hurting the other.

This is a novella, it is short but tells a story.    It is obviously the first in a series and the authors leave the reader with the must-read more mentality at the end.     There is so much more to the story and I cannot wait to continue this series.

Thank you Heather Hildenbrand for a copy of the book for an honest review.