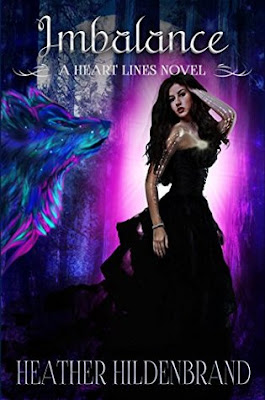 She has come to right the balance. He seeks to destroy it…

Somewhere on another astral plane, a lover’s quarrel between gods, millennia old, has come full circle.

Ea, a dark and ancient god and the father of the first Werewolf, is hell bent on destroying his supernatural offspring. And he’ll use anyone and everyone he can to get it done even from beyond the physical. For now, his vessel is the evil and mysterious Indra, a witch whose powers only slightly outweigh her penchant for hitting on the help.

Too bad Alex is cured and once again immune to Indra’s invasive magic. A healing from which Sam almost didn’t come back.

Hina, the wolf mother goddess, has sworn to protect her cubs. And she lives on… inside Samantha Knight. Sort of like that still, small voice of reason. Except MAGICAL and pissed at her ex. If Sam can’t find a way to heal the wolves and stop Indra from harming them, the goddess will take matters into her own hands. But an appearance like that promises destruction, chaos, and worst of all: no more Sam.

Sam is on the run.

Alex is in a cage.

The clock is ticking.

You know when you start a series and think I hope this never ends?   That is exactly my thoughts on this series.    Alex, Sam, and the rest of the amazing characters are people I am not invested in.  Sure they have magic powers and are shifters but they are all so wonderful that I don’t want their story to ever end.

The books in this series have to be read in order as they all take off exactly where the last ended.   This one has Alex taken captive by CHAS and Sam looking for him.   When they end up together again, hiding from the dangers lurking around every corner, there is no doubt that together they can fight and win any fight.      I like that they accepted each other’s past and didn’t hold it against each other but they didn’t just fall back together.   They had discussions, earned each other’s trust, and fell back in love.    There is no doubt that Sam and Alex have to be together.

Imbalance is a wonderful addition to an amazing series.  I recommend starting at book one and keep reading… the best thing is there is not a long wait between books, Heather Hildenbrand keeps her readers happy releasing the books in quick succession.

Thank you Heather Hildenbrand for a copy of the book in exchange for an honest review.