The Housewitch by Katie Schickel 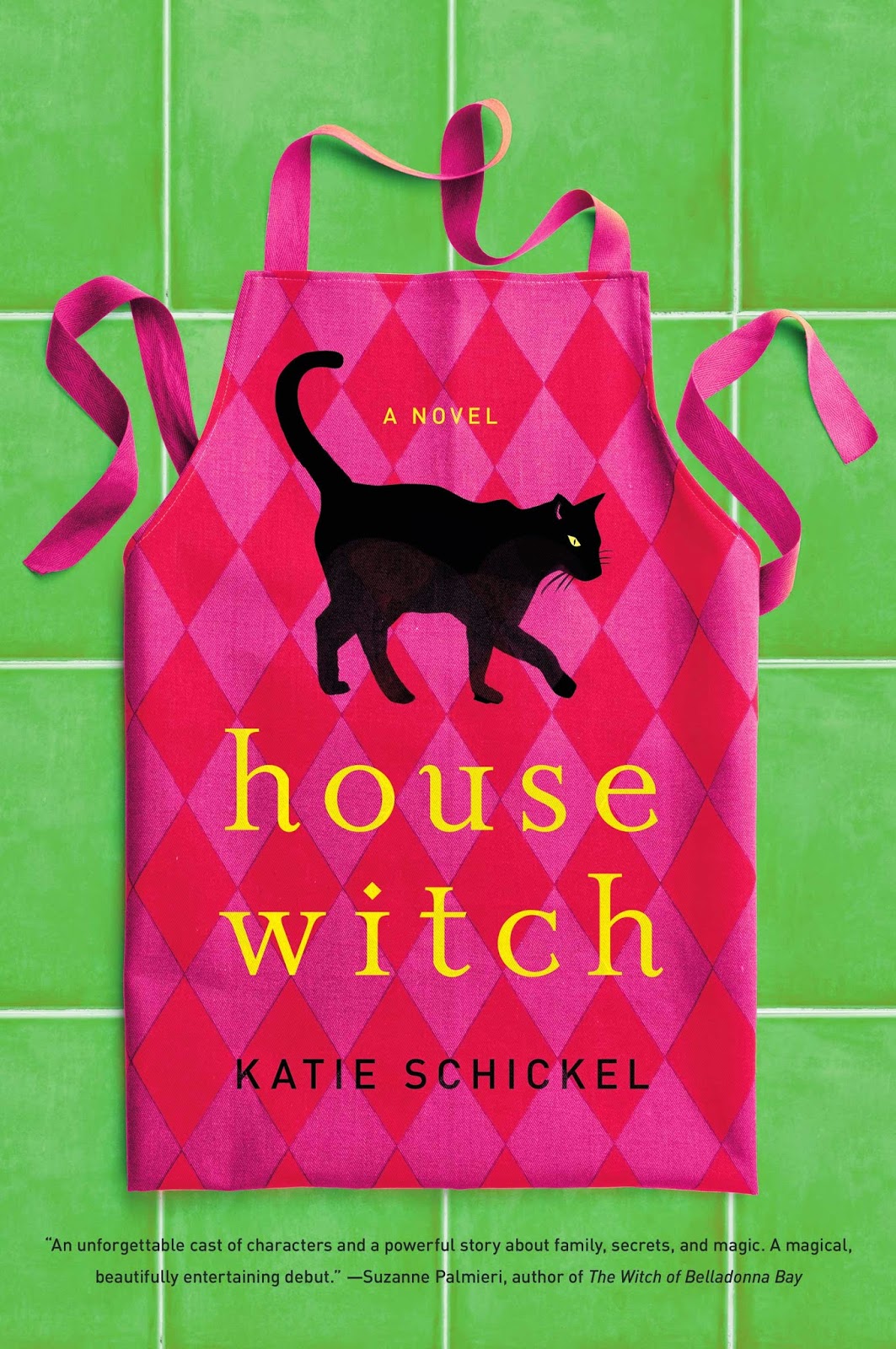 Allison Darling, former foster child, now a stay-at-home mom of three, desperately wants to fit in with the organic latte drinking, hundred-dollar-yoga-pants-wearing moms who run Monrovia, her charming seaside village. Constantly feeling like an outsider, Allison dreams of more for her children. When the Glamour Girls, a soap-selling company run by the most charismatic and powerful women in town, recruits Allison, she jumps at the invitation. The Glamor Girls have a hand in everything in Monrovia, from bake sales to business deals. This is what Allison’s wanted her whole life—to be liked. To be popular. To belong. After Allison’s estranged mother passes away, she learns her family’s heartbreaking legacy and the secret Allison’s been fighting to suppress all her life emerges: she’s a witch. What’s more, she’s not the only one in town. There’s more to the Glamour Girls then it seems… and once you’re a Glamour Girl, there’s no going back. Allison must use her rediscovered magic to defend Monrovia, protect her marriage and her children, and reclaim her legacy. Fighting tooth and nail for her family is easy, but what about for herself? Is it too late to confront her own demons and become the woman she dreams of being?

Oh my witches!    This is the cutest, most fun book I have read in a very long time.    The town of Monrovia is interesting.  I knew right away something was off.   There is no way that a town can be that “perfect.”   It took me a lot of reading to start putting the clues together.  I am glad that Katie Schickel did not give it all away too quickly and made the reader work for the answers.    As the clues started falling into place I could not wait to keep reading and find out how the story would end.

The movement from past to present was seamless.     There was no real break in the story as the same characters were in both parts.  I enjoyed learning the history of Allison and her family.   The surprises in who was who and how they were all related surprised me sometimes, but it all made sense as more of the history was shared.    The witchcraft part of the story was told perfectly in both parts of the story and made total sense.   It was not way out there or making me think “no way.”

My favorite character (yes I am crazy) is Freya.   I loved her spunk and attitude.    Her belief in herself and what she is doing is so strong who could possibly disagree with her?   The clues to what happen to Freya were buried in the chapters and took some time for me to put together.    I actually gasped out loud when it finally came together.  It was truly my ah-ha moment with this book.
I definitely recommend The Housewitch for anyone looking for a great read.

“An unforgettable cast of characters and a powerful story about family, secrets, and magic. A magical, beautifully entertaining debut.” — Suzanne Palmieri, author of The Witch of Belladonna Bay

“In the spirit of John Updike’s The Witches of Eastwick and Alice Hoffman’s Practical Magic, Schickel casts a spell all her own. Housewitch takes us deep inside the darks arts of twenty-first century motherhood and sparkles with unexpected magic.” — Amber Dermont, New York Times bestselling author of The Starboard Sea

“Positively enchanted me from the first page to the last. Perfectly paced, witty, and sharply observant. This is a don’t-miss debut by a writer to watch.” — Meg Mitchell Moore, author of So Far Away

KATIE SCHICKEL graduated from Georgetown University with a degree in English. A former newspaper reporter, Schickel's writing career and passion for scuba diving has taken her to Pensacola and Key West, FL, as well as throughout the Caribbean, Central America and the Pacific. She has been a freelancer for several scuba magazines, including Scuba Times Magazine and Outside Magazine. Schickel lives in Massachusetts where she spends her time writing and with family. When she’s not doing that, Schickel also surfs the chilly waters of New England, even in the winter. HOUSEWITCH is her first novel.

Forge Books, an imprint of Tom Doherty Associates, LLC, is a New York-based publisher of hardcover and softcover books, founded in 1993 and committed (although not limited) to thrillers, mysteries, historical fiction and general fiction. Forge includes books by bestselling and critically acclaimed authors such as Douglas Preston, Eric Lustbader, W. Bruce Cameron and Ralph Peters. Tom Doherty Associates, LLC, is also the home of award-winning Tor Books, which annually publishes what is arguably the largest and most diverse line of science fiction and fantasy ever produced by a single English-language publisher.