ODIN, published by Austin Macauley, will be released on November 29th, 2019. 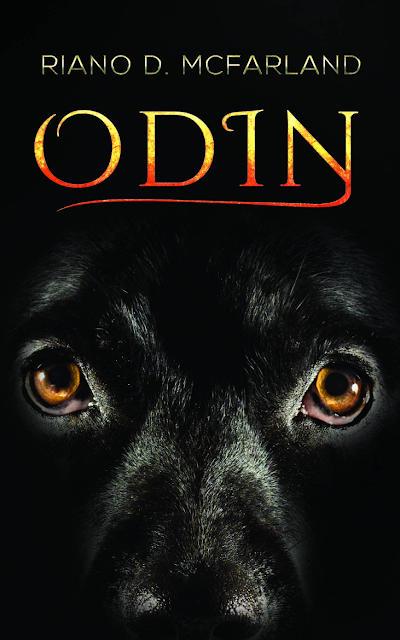 ODIN is a love story which chronicles the relationship between Katherine, a successful although self-centered executive, and the puppy she literally snatched from death's icy grip. After being rescued by her in dramatic fashion, Odin comes to see her safety and well-being as the central purpose of his existence.

His love for Katherine and everything which touches her, leads him to accomplish amazing things that others consider heroic, but Odin sees simply as him fulfilling his role in her life. The magic of their connection lies in their uncanny ability to comprehend one another on a level above and beyond the constraints of a traditional dog/human relationship.

Even as he risks everything, overcoming the seemingly impossible to protect her, Odin sees Katherine as HIS hero, blindly trusting that she will always be there to save him, no matter how long the odds may appear.

Although the line between the savior and the saved may become blurred at times, their unconditional love and affection for one another, remains clear and unimpeachable, even in the face of certain death.

A love story as thrilling as it is heart-warming, ODIN will be adored by audiences of all ages for many human and dog years to come.

About Author: Riano D. McFarland is a professional singer, songwriter, author, and entertainer, residing in Las Vegas, Nevada. He began writing poetry and short stories as a teenager in Mt. Juliet, Tennessee.

After enlisting in the United States Air Force in 1983, he was assigned to Neu Ulm, Germany. Being immersed in Europe’s rich history and surrounded by some of the world’s most iconic landscapes and architecture, his interest in creative writing was further fueled.

His flair for capturing the essence of his surroundings in words formed the building blocks of his writing style and allows readers to see through his eyes.