The Crows of Beara by Julie Christine Johnson 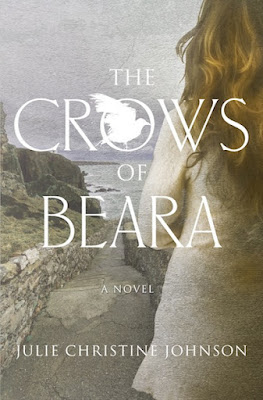 Along the windswept coast of Ireland, a woman discovers the landscape of her own heart

When Annie Crowe travels from Seattle to a small Irish village to promote a new copper mine, her public relations career is hanging in the balance. Struggling to overcome her troubled past and a failing marriage, Annie is eager for a chance to rebuild her life.

Yet when she arrives on the remote Beara Peninsula, Annie learns that the mine would encroach on the nesting ground of an endangered bird, the Red-billed Chough, and many in the community are fiercely protective of this wild place. Among them is Daniel Savage, a local artist battling demons of his own, who has been recruited to help block the mine.

Despite their differences, Annie and Daniel find themselves drawn toward each other, and, inexplicably, they begin to hear the same voice--a strange, distant whisper of Gaelic, like sorrow blowing in the wind.

Guided by ancient mythology and challenged by modern problems, Annie must confront the half-truths she has been sent to spread and the lies she has been telling herself. Most of all, she must open her heart to the healing power of this rugged land and its people.

Beautifully crafted with environmental themes, a lyrical Irish setting, and a touch of magical realism, The Crows of Beara is a breathtaking novel of how the nature of place encompasses everything that we are.

I have never been to Ireland or Seattle yet I now feel like I have.    Julie Christine Johnson made these places come alive to me while reading this book.    I could picture the stunning mountains, the rolling hills, the small quaint town, and the beautiful water views.    Even the language made Ireland come alive to me.      I loved how in one part she actually explained how to pronounce words.

Onto the characters… Annie and Daniel, sigh.    They are wonderful.     I love how they both are struggling with being in the recovery program for alcoholism.    While they are from different parts of the world it seems that they are soul mates.   From the first minute they see each other, before the first words were spoken, the reader can feel the attraction, the sparks, and the pull between them.     There was never any doubt that Annie and Daniel had to come together  in some way.     I love that they are on opposite sides of an environmental cause, the reason Annie has come to Beara.

There isn’t as much confrontation between the two sides of the mining as I expected when I picked up the book.     I expected more drama, more conflict, and more struggling between the sides.   While I felt this was to be the main point of the story I was surprised that it wasn’t.   The main story was Annie finding herself, finding a place to call home, and being happy with herself.

I recommend picking up your own copy and losing yourself in the beauty and charm of Ireland with Daniel and Annie.

Thank you Julie Christine Johnson for a copy of your book in exchange for an honest review. 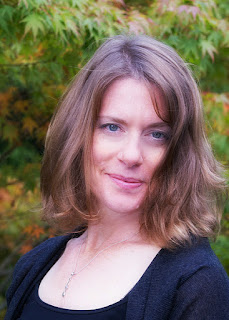 Julie Christine Johnson’s short stories and essays have appeared in journals including Emerge Literary Journal; Mud Season Review; Cirque: A Literary Journal of the North Pacific Rim; Cobalt; and River Poets Journal. Her work has also appeared in the print anthologies Stories for Sendai; Up, Do: Flash Fiction by Women Writers; and Three Minus One: Stories of Love and Loss. She holds undergraduate degrees in French and psychology and a master’s in international affairs. Julie leads writing workshops and seminars and offers story/developmental editing and writer coaching services.
Posted by A Soccer Mom's Book Blog at 3:00 AM