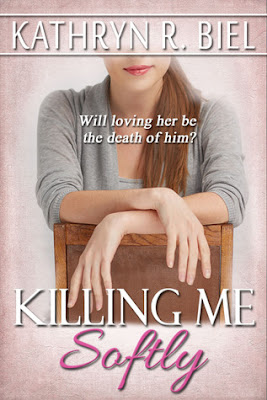 Sadie Perkins has a sixth sense about things—especially people dying. Her clairvoyance has never bothered her until she starts to believe that her visions are causing the deaths of those around her. After her latest relationship ends ... badly ... Sadie swears off love for good. While searching for an uncomplicated life, Sadie finds her hands full not only with a home renovation project but with defending herself against suspicion of murder. There's a fine line between predicting someone's death and causing it. Has Sadie finally crossed that line?
Enter contractor Max Schultz, who is not only good at working on houses, but he's good at working on Sadie too. Much to Max's dismay, as he's trying to win Sadie's heart, he finds Sadie's first love, Henry Fitzsimmons, is back in the picture, snooping around.

Sadie doesn't know which way to turn or who to trust, including herself. Can Sadie clear her name and open her heart all at the same time?

I wasn’t sure what I expecting when I picked up this book, but I wasn’t expecting what happen in this story.  Killing Me Softly is quirky and funny.  The story starts a little slow but quickly adds steam and goes full speed ahead.    I loved that it started with the history of Sadie.   A peek into her life as one of three children and her relationship with her siblings, which sets the main story line.    While I don’t think she was neglected growing up, but I do not think the last few years of her life have been nice to her.  It seems like she had one of those take one step forward and get thrown two steps back lives.    While she had good intentions with all that she did, it did not always work out that way.

The characters were relatable and well developed.   Each character had their own story, yet they all managed to intertwine with each other making a complete book.      With Sadie’s history all I wanted for her was to become happy and settled in life.   I wanted her to finish her house how she wanted it done, meet the man of her dreams, and I mostly wanted her to be okay with her life and realize she did not cause death.

I loved that the setting was a small town.  Even living a few towns over from where she works she still runs into people she knows regularly.   She could visit her mom and dad, work in a bar that she knew everyone, and teach in a school where she could invest in the students.  It was also not so good for her.    When things went wrong there were no keeping secrets or hiding what was going on.  Rumors flew, people talked, and fingers were pointed.

I suggest snuggling in, preferably with a glass of wine, and start reading.   You will not be able to put this book down.