Promo Post for If She Had Stayed by Diane Byington 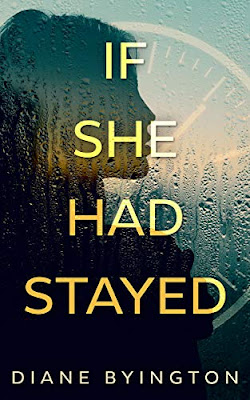 Sometimes the past is better left alone.Kaley Kline is thrilled to have landed a job as director of the new Tesla Museum in Colorado Springs. To make the museum successful, she searches for undiscovered works to display. When she finds an old safe that might have been Tesla’s, she’s shocked to find some diary pages supposedly written by the inventor himself.Kaley initially thinks either that the journal is a fraud or Tesla was experiencing a nervous breakdown when he wrote it. However, if his experiments were real, the world will never be the same. She decides to secretly build Tesla’s time machine and attempt to go back into her own life to change a decision she has always regretted.She prepares for a trip to the past, not knowing whether she will electrocute herself or travel back to the Boulder of her sophomore year in college. But an old boyfriend might have hidden some secrets from her—secrets that could have her fighting for her life.

From would-be rock star to museum curator, Kaley Kline is someone who remembers the past through Rose-tinted glasses and longs to put right something she's always felt guilty about. Sometimes things are better off left alone! If She Had Stayed is a gripping, time-travel romance-thriller that builds until you're sitting on the edge of your seat! - The International Review of Books
.
Kaley Kline is the new Tesla Museum director in Colorado Springs, charged with locating unusual and rare items to exhibit. When she stumbles on a mystery involving a Tesla relic, she also walks into danger when she accepts the blueprint for a time machine which could not only change the world, but the course of her own life. Women who like their characters clever, ambitious, yet human in their abilities, reactions, and choices will relish Kaley's dilemmas and attempts to resolve the incongruities in her life. If She Had Stayed proves an excellent blend of intrigue and personal revelation that keeps the reader involved and thinking long past the methods Kaley employs to resolve her life in an unexpectedly effective manner - Diane Donovan, Donovan's Literary Services.
.
If She Had Stayed is an engrossing, imaginative story which combines elements of women's fiction and romantic suspense in a captivating tale with a twist. Anna Kaley Kline, a failed rock star, attempts to rebuild her life as a historian and would-be director of a museum honoring Nikola Tesla. Yet she remains haunted by her perhaps selfish abandonment of her college lover when she left to pursue her dreams of singing with a band. Her attempts to right that perceived wrong cast her into a maelstrom of conflict and danger. Kaley takes a bold and possibly unwise risk--and confronts her 20-year-old self in a time-travel thriller that pits her against someone who would destroy both her past and her future. Riveting, imaginative, and fast-paced, this is one to lose yourself in while reading. - Claire Matturro, award-winning author of Skinny-dipping.
.
If She had Stayed was such a joy to read I whizzed through it in one sitting. Ms. Byington successfully blends women's fiction with time travel while fan-girling Nikola Tesla. -- Suanne Shafer, Midwest Book Review. 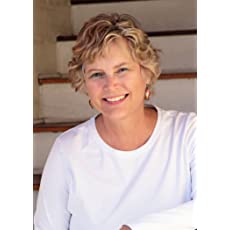 About Diane Byington
Diane Byington has been a tenured college professor, yoga teacher, psychotherapist, and executive coach. Also, she raised goats for fiber and once took a job cooking hot dogs for a NASCAR event. She still enjoys spinning and weaving, but she hasn't eaten a hot dog or watched a car race since.

Besides reading and writing, Diane loves to hike, kayak, and photograph sunsets. She and her husband divide their time between Boulder, Colorado, and Dunedin, Florida.