Cover Reveal for Forget the Stars by Kelsey Kinglsey 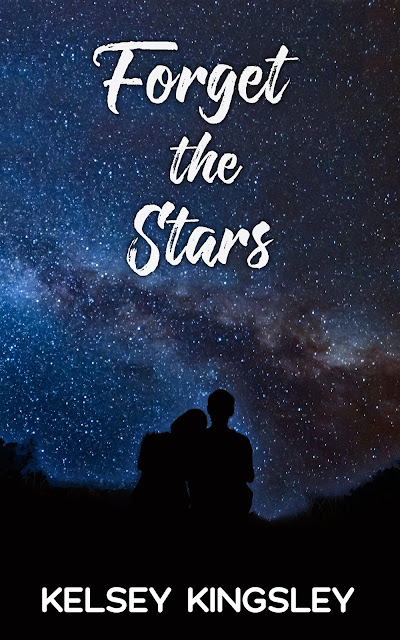 
At thirty, he never thought he'd still be unmarried and living with his parents. And with the added stress of his poor health, he's convinced the only thing within his control is the success he's found as a rockstar.
After reconnecting with his childhood best friend, Chad sets into motion a new plan to regain control over his happiness, and things start looking up. But when he finds himself diagnosed with a potentially debilitating chronic illness, he begins to wonder...
Is this as good as it's going to get? Or is it at all possible for a guy like him to get everything he's ever wished for?

“What’s that look for?” she asked with a giggle, as she reached around to secure her bra.
I shook my head as a smile stretched over my lips. “Nothin’. Just …” I swallowed at the warmth crowding my heart and my lungs. “You’re my best friend.”
She tugged a tank top on and sighed, her exhale lingering in the air. “You’re mine.”
Mine. The word was simple and yet held the world. It was an agreement, it was possession. It was an invisible contract that lingered between us, and I would’ve gladly used my own blood to sign on the dotted line.
But instead of pricking a finger and sealing the deal, I simply nodded, as only two words left my mouth.
“I’m yours.” 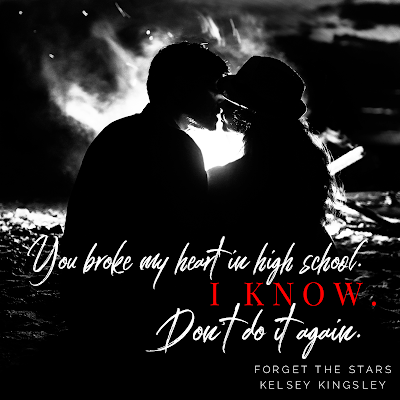 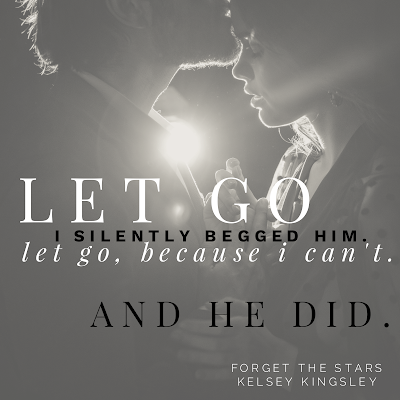 Kelsey Kingsley is an author of eight, almost nine, novels. She lives in New York with her family and a cat named Ethel. She loves tattoos, music, makeup, and Frasier reruns. Kelsey is a Slytherin. She curses a lot, and she fucking hates cheese.