Only Ever You is about a girl who planned for everything but never got what she hoped for, and a dweeb who hoped he’d to marry the girl, but never planned for it.

Rachel and Sebastian have an interesting history. They were friends as kids, but have lost touch as adults...

I think attraction between strangers is real. Sexual heat is real. But "hearts and flowers" are earned. (I know that sounds like I’m your dad telling you to mow lawns, but that’s where the magic is. Not the lawns.) In the time just before you’re struck by lightning there’s a real electricity. It’s pure potential and anything can go wrong. It’s the best thing ever.

When they were kids they made up a 'contract' to get married at 30—which is pretty much panned when they do meet up and have the most awkward first kiss EVER. How do they overcome such an incredibly uncomfortable situation?

They overcome it by running away!

Sebastian is thinking “now or never” because he thinks Rachel’s never going to think he’s any cooler than when she sees him in the office of his own company. And she isn’t ready because her whole idea of herself is tied up in what a failure she is. Neither one of them is feeling good enough about themselves to have a really hot first kiss, which is the same reason they’re not ready to get married.

Excerpt: Only Ever You by CD Reiss

After I left her and CJ with Lucinda, I spent the weekly staff meeting wondering if Rachel was the same warrior I’d loved or if she was more the woman who’d held her laptop to her chest as if she needed protection.

I had to know.

Her text came in as I was leaving the meeting.

I need to check that we’re kidding

Before I could finish typing a response, I caught her coming out of the bathroom with her laptop under her arm.

Alone. Me and her. Nothing between us but the question of who we were and how we fit.

She didn’t have a chance to finish. I crowded her back into the bathroom and locked the door behind us.

“Kidding about what?” I said.

“Why would that even be a question?”

“Our parents have been in negotiations about it.”

My mother couldn’t keep herself from talking if she tried, and I was her favorite subject.

“It might be a little soon for marriage, but—”

“Soon? I don’t like you seeing what I do for a living while you’re in a glass-walled office overlooking the ocean. I mean, I’m not marriage material, and the odds are that’s never going to change.”

“Do you know what’s going to happen if we date?”

The list of possibilities was as long as my arm. I could have counted them off, from “We decide we hate each other” to “We end up in bed.” But I didn’t, because I was still trying to figure her out.

What did she want to hear?

With her wide eyes and parted lips, what did she want? Did she have a fondest wish where I was concerned? Was she leaning forward? Was her expression soft and yielding?

My mind spent too long deciding what to say, so my body spoke for me.

I kissed her hard and was met with teeth and stiff resistance. It was a kiss I’d wanted since I’d had hairless armpits and a voice somewhere in the low soprano range. I’d dreamed about it. Fantasized about it. Thought about it so hard in the middle of the night I could practically feel it.

But never, ever in my fantasies did she push me away so hard I fell back against a towel dispenser, watching her face twist into surprised rage as the machine spit out a ragged rectangle of brown paper.

“Then why? What is wrong with you?”

The tiger within Rachel was in there, and my attempt to tease her out had probably alienated her. She’d be right to never speak to me again.

“I’m sorry,” I said with my hand on the door lock. “I misread you. It won’t happen again.”

I started to open the door, but she held it closed.

“If we date, my mother’s going to get her hopes up that I’m going to settle down. And I’m sorry, Seb, but if we break up while she’s in chemo, it’s going to crush her.”

“You don’t even know if she’s sick again.”

“You’re right.” She pointed a rigid finger at me as if I were her mother. “I’m going to make her tell me.”

“You’re really beautiful when you’re telling it like it is.”

She slid her hand off the door. Having been called out, the warrior was sent into hiding.

“Can’t. Saturday’s the soonest I can talk to Mom.”

“No, wasting paper towels. Of course kissing you.”

“Next time, give a girl a little warning.”

Next time? Her eyes darted to the door. Was she calculating the distance to her getaway? Or making sure it was closed?

I stepped a little closer and put my hands on her arms. Not right away. I let them hover an inch away before touching her to give her the chance to move away. A chance I was sure she’d take.

But she didn’t move away.

Not this time. When I laid my hands on her biceps, she leaned in to me just a little. I smelled the floral lotion on her skin and a hint of cool water on her breath.

“Really.” I slid the laptop from her arms and placed it on the counter. “This is your warning.”

“It doesn’t feel like a warning,” she said, and again—I noted—she didn’t move away.

“Flashing red lights.” My lips brushed her cheek, heading for her mouth. She felt better than I ever imagined. “A buzzer, maybe.”

“Just a kiss?” she asked, her lips moving against mine.

Before I could consummate what she was agreeing to, I was smacked by a swinging door.

Rachel snatched up her laptop and walked out. CJ raised an eyebrow with good reason, since I was in the ladies’ room. I left, and we all gathered in the hall.

“Well,” Rachel said. “Thanks for showing us your tedious financial-sector company.”

“Thank you for coming,” I said and let them walk away. I could have done or said much more, but not without getting her into trouble. She glanced back at me when they turned the corner, as if she wanted to make sure I was still there. 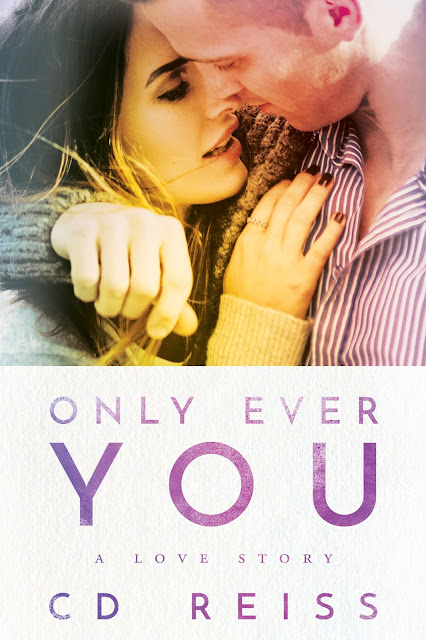 Summary
Rachel knew exactly what turning thirty would be like. She had a plan, after all. First college, then a climb up the professional ladder. Love, marriage, children. All of it was on the schedule.
The cheap Hollywood apartment wasn’t on the list. Neither was the string of heartbreaks. Or the effect her mother’s cancer had on her career.

It’s hard to stay practical and on point when everything takes a left turn.

Enter Sebastian, the nerd across the street. The boy she defended when he couldn’t defend himself. The best friend she promised she’d marry if life didn’t go according to plan.

Not only is he successful, confident, and gorgeous, but he also still has their handwritten marriage contract.

No one goes through with childhood wedding pacts.

But their families might just be crazy enough to rent a hall and set a date. All Rachel and Sebastian have to do is fall in love. 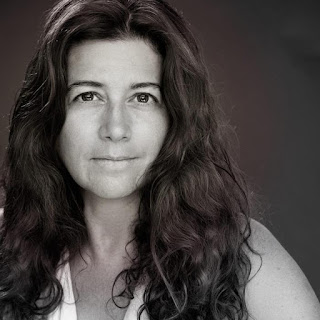 CD Reiss is a New York Times bestselling author. She still has to chop wood and carry water, which was buried in the fine print. Her lawyer is working it out with God, but in the meantime, if you call and she doesn’t pick up, she’s at the well hauling buckets. Born in New York City, Reiss moved to Hollywood, California, to get her master’s degree in screenwriting from USC. In case you want to know, that went nowhere—but it did give her a big enough ego to write novels.

Reiss is frequently referred to as the Shakespeare of Smut, which is flattering but hasn’t ever gotten her out of chopping that cord of wood. If you meet her in person, you should call her Christine.

Text cdreiss to 77948 to get a notification whenever she has a new release.


a Rafflecopter giveaway
Posted by A Soccer Mom's Book Blog at 8:00 AM