Writing Q&A with Ruby Walker author of Advice I Ignored

Let me introduce you to Ruby Walker author of
Advice I Ignored. 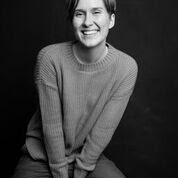 What is your educational background?
I had to explain my school situation so often while I was in community college, I think it’s a little boring at this point, haha.
Basically: I dropped out of high school when I was about to turn 15, at the beginning of the spring semester. I was supposed to be homeschooled, but for the next 6 months I really just spent a lot of time alone. Then the next fall, I started taking classes at Austin Community College under ACC’s Early College High School program. Legally I was homeschooled, and I was allowed to take college classes full-time for credit. Sometimes I’d just take 2 or 3 classes though, especially when I started working on the book. Now I’m a freshman at Trinity University in San Antonio.

When did you first realize you wanted to be a writer? Or what first inspired you to write?
I was always more interested in drawing than writing, really. But when I started my process of recovery, writing became really important to me. I think things get a lot easier to deal with once they’re down on paper. Keeping a journal helped me learn how to turn my experiences into something beautiful, or at least easier to process.

Do you have any interesting writing habits or superstitions?
I wrote the whole first draft of Advice I Ignored in composition books and legal pads, with a pen.  My favorite kind of pen is a blue Pilot G2, .7mm. I swear by writing in pen because it limits your ability to edit as you write. For a first draft, I think the best thing to do is to just get it all out, and then think about backspacing later.

Is there an overall message or theme in your book that you want readers to grasp?
Change is possible. From moment to moment, the little choices we make about how to live our lives can add up to a total overhaul. Nothing stays the same forever.

What was your greatest challenge in writing this book?
Just doing the work! I think sometimes I procrastinated working on the book because writing something autobiographical about the worst part of my life thus-far involves an uncomfortable amount of vulnerability. But also, sometimes I just wanted to go swimming with my friends or watch the X-files instead.

What do you like to do when you are not writing?
I spend way too much time on the internet, but I’m actively trying to cut back on that.  I’m trying to read more books. I always tell my friends, “Just because I wrote a book doesn’t mean you can assume I know how to read.” I also like running, movies, gardening, drawing, dancing, and getting involved with local politics. I was on the school Ultimate Frisbee team for a few months, but I sprained my ankle at our first tournament and ended up quitting (oops).

What’s the best writing advice you have ever received?
“If you’re bored writing it, people are probably gonna be bored reading it.”

What was your favorite book as a child? 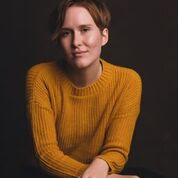 I was absolutely obsessed with Percy Jackson and the Olympians. I used to sit up in a tree and listen to the audiobook on my little mp3 player for hours and hours. I must’ve read the whole series at least 9 times over. I had the prophecies memorized!

What does literary success look like to you?
I mean, hopefully I’d like to eventually make back the money I’ve spent on marketing and stuff. Other than that, my hope is that my book gets into the hands of someone who needs it, and that it helps. I have modest dreams.

Do you view writing as a kind of spiritual practice?
Not always, but sometimes it’s very emotionally important to me. By the time I started writing Advice I Ignored, I had already recovered from the worst of the depression, but writing it helped me work through a lot of other things. There’s something really wonderful about being able to hold the things you believe in in your hands.

What was your hardest scene to write?
The whole chapter on trauma was hard for me to write. At the time, I still hadn’t even told my mom. I hadn’t told any of my best friends. Even in my head, I wouldn’t use the words “sexual abuse” to describe what happened. Writing it was really cathartic in some ways, but in others it wreaked havoc on me. It re-opened things. I remember waking up crying from some really bad nightmares that week. I thought about it every second of the day.

I think I go through cycles though, of thinking about it and not thinking about it. Every time I go into another “crisis” period, I learn things, and it gets a little easier. Writing that chapter forced me to acknowledge my pain and stop minimizing it so much, and even thought that was hard, it was ultimately very useful.

Advice I Ignored: Stories and Wisdom from a Formerly Depressed Teen 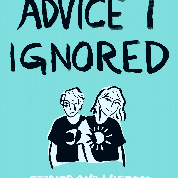 When Ruby Walker was 15 going on 16, she went from a numb, silent, miserable high school dropout to a joyous loudmouth in one year flat. Advice I Ignored answers the question everyone's been asking her since: What happened? Full of stories, honest advice, fierce hope, and over 100 hand-inked illustrations, Advice I Ignored is an important resource for teens suffering from depression (which has reached epidemic proportions), parents who have one, and educators who want to help. Applicable for adults suffering too!