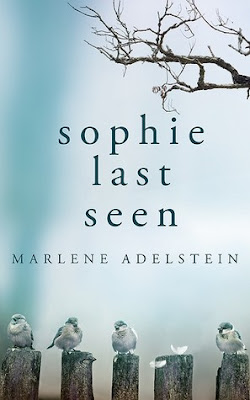 Six years ago, ten-year-old Sophie Albright disappeared from a shopping mall. Her mother, Jesse, is left in a self-destructive limbo, haunted by memories of her intense and difficult child, who was obsessed with birds. Trapped in her grief and guilt, Jesse stumbles through her workdays at a bookstore and spends her off hours poring over Sophie’s bird journals or haunting the mall to search for the face of her missing child.

When Star Silverman, Sophie’s best friend, starts working at the bookstore, Jesse is uncomfortable around the sarcastic teen, who is a constant reminder of her daughter. But Star has secrets of her own, and her childhood memories could be the key to solving Sophie’s disappearance.

With help from Star and Kentucky “Tuck” Barnes, a private detective on the trail of another missing girl, Jesse may finally get some closure, one way or the other.

This book is a parent’s worst nightmare.    A mother takes her daughter to the mall, an everyday occurrence, and goes home without her.   She is taken, disappeared in just a quick minute, and the mother spends the rest of her days looking for clues and answers as to what happened to her daughter.   There were times that I felt pity for Jesse, she needed to move on, she needed someone to stand up to her and show her that she was not living her life, and to help her figure out how to continue to live without forgetting her daughter.     There were other times I was cheering Jesse on for her diligence to find out what happened to Sophie.

Sophie Last Seen is not an easy book.   It is tough to read, it brings fear and emotions that most parents don’t want to think about.     Pick up your copy but be prepared to not be able to put it down.

After 23 years in New York City, working as a film development executive for top Hollywood producers, Marlene Adelstein began earning her living as a freelance editor working on novels and memoirs.

When she’s not reading other people’s manuscripts or writing her own, Marlene can be found walking local trails with her dog. She is partial to chocolate labs and in particular hers, a good-natured girl named Honey, who is never more than a few feet behind her. Comfortable and energized in a big city but preferring to make her home in a small town filled with other writers and artists, Marlene lives in the beautiful Hudson Valley where she loves to listen to the noise of the birds.